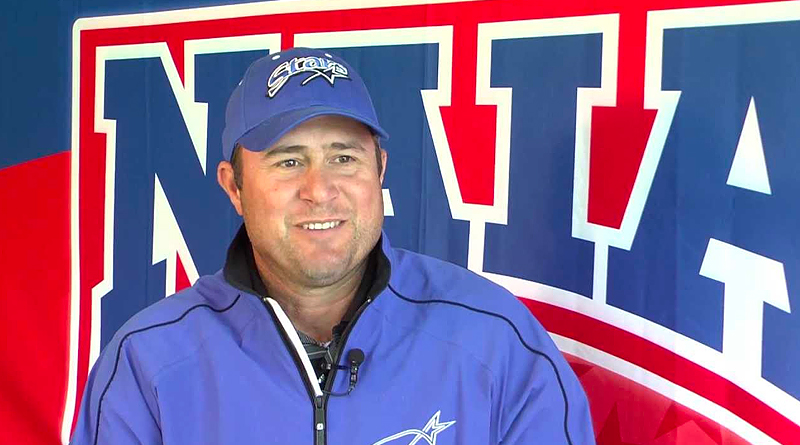 Blaser has guided Oklahoma City to 11 NAIA men’s golf championships, more than any coach, and 119 tournament victories the past 23 years.

OCU will conduct a national search to find a replacement.

“Kyle Blaser has left an incredible legacy in his 23 years as our men’s golf coach,” OCU athletic director Jim Abbott said. “We are grateful for the positive impact that he has made on our university, OCU athletics and the men and women who have had the opportunity to play for his teams. We wish Kyle and his family the very best in his future endeavors.”

This season, the Stars have captured five wins in six starts. OCU has been the No. 1-ranked team in the NAIA for the past eight polls. The Stars collected the victory Tuesday in the Ottawa-Arizona Spring Invitational in Litchfield Park, Ariz.

“OCU has afforded me the opportunity to do some great things and meet some outstanding people,” Blaser said. “All the national championships, they hold special memories. I’ll be forever grateful for those memories. I would like to thank OCU. Twenty-three years, it has been a wonderful ride. My former players, you guys paved the way for OCU. Without you, there wouldn’t be 11 national championships.

“This was the toughest decision I’ve ever made. It was an opportunity that was fair to my wife and my family. I feel like I’ve been selfish with all the travel and gone all the time.”

Blaser has been inducted into the OCU Athletics Hall of Fame, NAIA Hall of Fame and the GCAA Hall of Fame. He has twice guided the United States’ top junior players in international competition.

Blaser served as the first coach when OCU started its women’s program in 2000-01. OCU finished as NAIA runner-up and captured the NAIA Region VI and SAC championships. Prior to OCU, Blaser led Jenks to the 1996 Class 5A state championship.

“Coach Blaser is one of the unique type of coaches that cares about each of his student-athletes personally,” said Daniel Mitchell, who won the 2007 individual national title with the Stars. “He demands the best from each of his players and will do anything to help his players achieve their best. He coached me for three years in golf, school and life, and I am forever grateful. He helped all of us OCU golfers mature as athletes and more. I call him a lifelong friend.”

Ryan Ellis, who played on OCU’s 2001 national championship team, said, “He was more than a coach on the course. He provided a college experience that is full of the best memories and friendships I could ever dream of. Coach built one of the greatest college sports programs in history, and we had a blast the entire time.”

Anthony Michael, a four-time all-American for the Stars, said, “He was a tough, determined man. He knew what he wanted from each player and knew how to get the best out of each individual. He would always do his best to keep everybody happy. For me he knew how to push me, he knew what to say and how to say it to drive me as a player. He taught me a lot about myself as a player that no one else could have. I am appreciative of everything that he did as a coach and friend.”