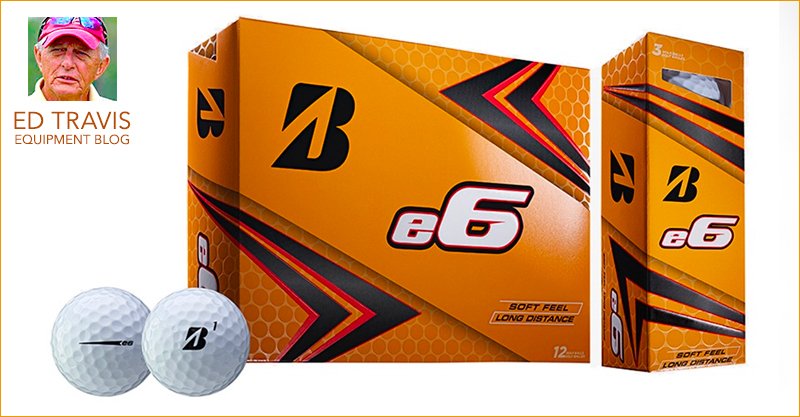 A new version of the Bridgestone e6 has been announced retaining the two-piece construction and low spin off the driver for distance but with a thinner Surlyn cover.

Bridgestone Golf has had a nice long run with the e6 ball, since 2005, and the latest version is still targeted for players with low to medium swing speeds wanting a soft feel without sacrificing yards with the driver and less curvature because of less side spin.

“The e-Family has a lengthy, storied history at Bridgestone,” said Elliot Mellow, Golf Ball Marketing Manager – Bridgestone Golf. “The e6 is actually the longest running model in the e-Family and is our most successful two-piece Surlyn golf ball model to date. It has a significant following among moderate-speed players who demand a very soft feel with maximum distance off the tee and enhanced forgiveness on the long- and mid-irons. As a bonus it also provides incredible feel on and around the green.”

The core of the e6 is larger and softer than the previous version which allowed the cover to be thinner for better control of scoring shots around the green.