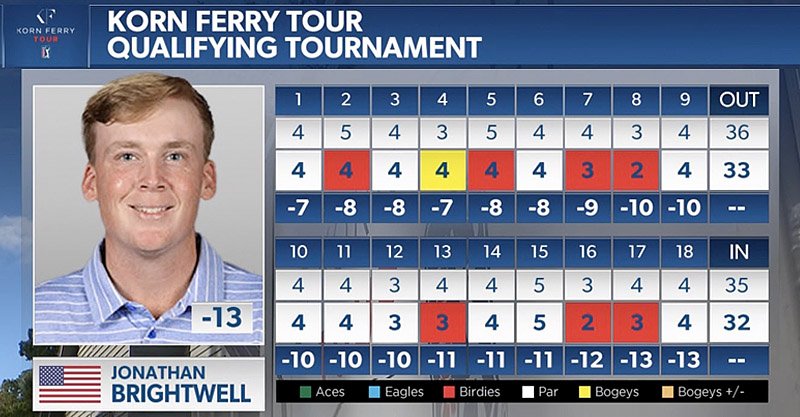 Jonathan Brightwell, who helped lead Oklahoma to a runnerup finish in the 2021 NCAA Golf Championship, finished second Monday in the Korn Ferry Tour Qualifying Tournament, closing with a final-round 6-under-par 64 to finish one shot behind Zack Fischer who won the event at 14-under.

Former Oklahoma State golfer Sam Stevens tied for fifth at 11-under after a closing 65 and former OU golfer Grant Hirschman took seventh at 10-under after a 67, giving players with strong Oklahoma ties three of the top 10 spots.

Although all the golfers who reached the final stage will have some status on the Korn Ferry Tour in 2022, those finishing in the top 40 will have greater exempt status particularly early in the season. Eckroat, however, was already exempt through his finish on the PGA Tour University standings in 2021.