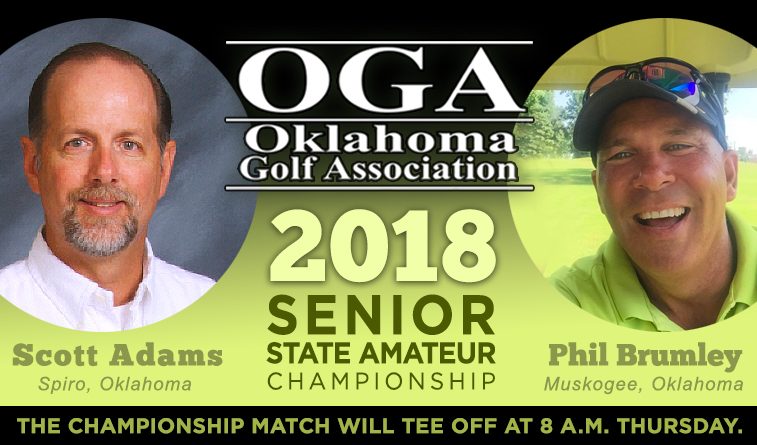 A new champion will be crowned in the Oklahoma Golf Association Senior State Amateur Championship, as two-time defending champion Kirk Wright and three-time champion Mike Hughett each lost in the quarterfinals Wednesday at Muskogee Country Club.

Wright lost to Scott Adams of Spiro 2 and 1. Adams then went on to knock off Shawn Bartker of Bartlesville 4 and 3 in the semifinals, winning on the par-5 15th when he knocked a 4-hybrid from 210 yards to a foot away for birdie.

Phil Brumley, playing on his home course, put on a dazzling display with five consecutive birdies on holes 5-9 in his 4 and 3 take down of Hughett. Brumley then defeated Terry Collier of Bixby 3 and 2 in the semifinals to set up the championship match against Adams.

The championship match will tee off at 8 a.m. Thursday.