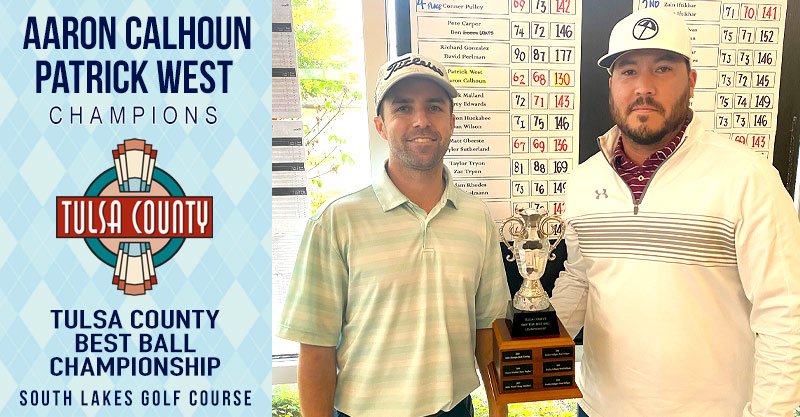 Complete scores of all flights

The team of Aaron Calhoun and Patrick West combined to shoot 13-under par 130 and roll to a six-shot victory in the Tulsa County Best Ball Championship held Saturday at South Lakes Golf Course in Jenks and concluding Sunday at LaFortune Park Golf Course in Tulsa.

The duo shot 9-under 62 at South Lakes Saturday and 4-under 68 at LaFortune Park Sunday. Second place went to Matt Oberste and Tyler Sutherland at 7-under after rounds of 67 and 69.

Third place at 2-under was Stephen Evans and Bradley Nelligan, while fourth place was a tie at 1-under between the teams of Conner Pulley and T.J. Eckert and the team of David Duncan and Josh Stearns.

Billy Ray Young and Jerry Nick shot 8-under (67-68) to win the Senior Flight. More than 100 golfers participated in the tournament.