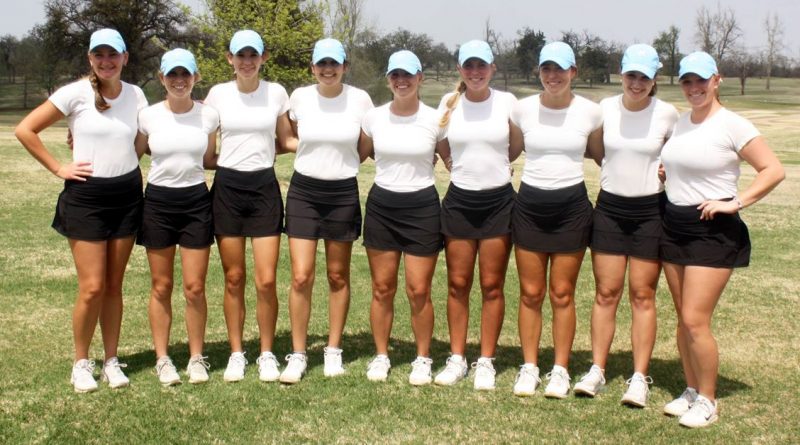 The Stars’ Reagan Chaney outlasted the field for a one-shot win on the individual leaderboard. Oklahoma City, top-ranked in NAIA women’s golf, earned its seventh win of the season for the program’s most victories since 2006-07.

The Stars produced a 290-290–580 on the par-72, 6,000-yard West Course. Oklahoma City finished 15 strokes ahead of No. 6-rated Southeastern (Fla.) and 23 shots in front of ninth-ranked Texas Wesleyan and Iowa Western. Golfers faced wind gusts up to 40 mph late in the tournament.

Chaney, a freshman from Ardmore, collected her third win of the season by turning in a 69-74–143. Chaney ended up a shot better than Southeastern’s Danielle Owens and Iowa Western’s Luisa Gibson. Chaney drained six birdies this week. Chaney held onto the win despite a bogey on the 18th hole, where the wind blew her tee shot well off the fairway.

Three of OCU’s golfers came in among the top five and four within the top six. Maddi Kamas jumped into fourth place by recording a 78-68–146. Kamas, a freshman from Kingfisher, carded her second sub-70 round of the season (34-34–68). She sank six birdies Tuesday.

Oklahoma City’s Natalie Gough tallied a 74-73–147 to finish fifth. Gough, a senior from Bixby, knocked in five birdies, three during the last round. Morgan Palermo registered a 73-75–148 to tie for sixth. Palermo, a freshman from Parker, Colo., delivered four birdies and an eagle. Palermo’s second career eagle came on the par-5, 450-yard fifth hole.

The weather conditions included 70-degree temperatures at the start of the round Tuesday. The temperature reached the lower 80s with winds between 20-30 mph. The wind ramped up throughout the day.

OCU seeks its 17th conference title in the Sooner Athletic Conference Championships on April 25-26 at The Territory Golf Club in Duncan, Okla.