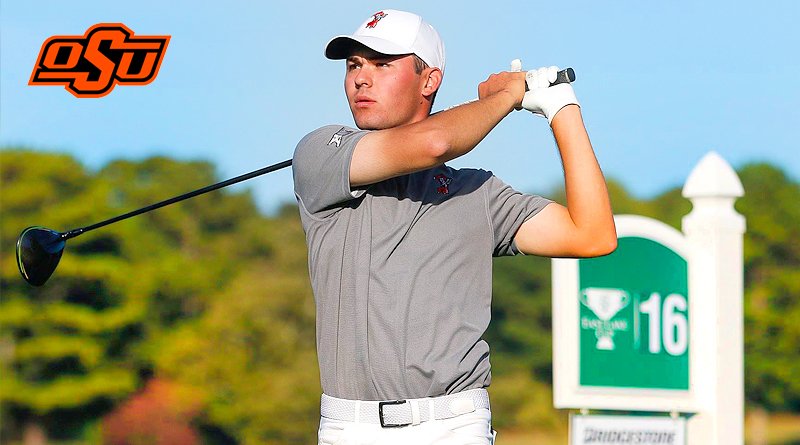 OSU, which has won the event each of the past three years, stands atop the leaderboard with Arizona and Baylor with matching 6-under totals. Arizona State is fourth at the par-71, 6,807-yard layout with its 281 total.

“I really like what saw,” OSU head coach Alan Bratton said. “Cabo suits us and we’ve had some success the last few years . Our guys took care of their ball. Through 12 or 13 holes, we had five of our six guys who hadn’t made a bogey. I really like that.”

Brian Stark was one of two Cowboys to finish the day inside the top 10, standing in a tie for third place after posting a 3-under 68. The freshman is two shots off the pace of tournament leader Trevor Werbylo of Arizona.

“It was nice to have our freshman, Brian Stark, be our low score today,” Bratton said. “He’s been getting better and better as the year goes. It is good for him to lead us and that’s what we need from everybody. Be ready to be the low guy.”

Stark put together a front nine that featured three birdies to turn in 1-under 35 before posting four birdies on his inward nine for a 2-under 33 side.

Austin Eckroat, the tournament’s defending medalist, opened with a 2-under 69 that saw him post four birdies on the day to come in tied for eighth place.

Sophomore Aman Gupta opened with a 1-under 70 to share 15th place, while senior Ferdinand Müller was a stroke back and tied for 25th place with an even-par 71.

Sophomore Rasmus Neergaard-Petersen signed for a 73 to come in tied for 48th place.

Freshman Rayhan Thomas is competing in the event as an individual and posted a 72 to finish tied for 39th place.

The Cowboys will begin their second round tomorrow at 9 a.m. and will be grouped with Arizona, Baylor and Arizona State.

Live scoring is available at golfstat.com.