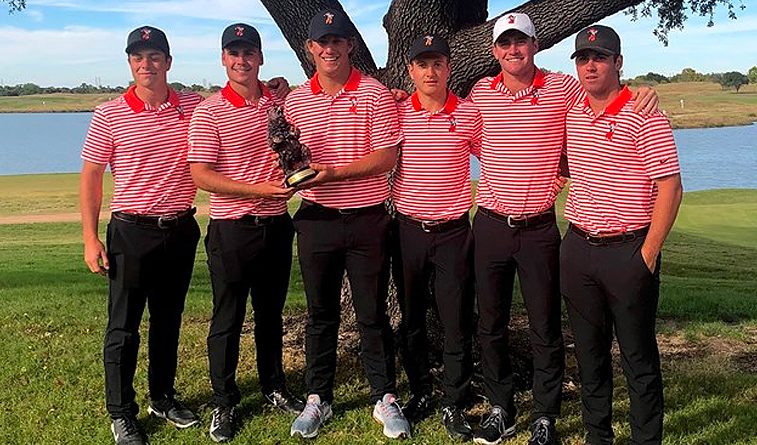 CARROLLTON, Texas — Oklahoma State’s men’s golf team cruised to a 32-shot victory on Tuesday, winning the Royal Oaks Intercollegiate for the fourth time in program history after posting a 13-under total of 827 at Maridoe Golf Club.

The top-ranked Cowboys closed with a 1-over total of 281 at the par-70, 7,008-yard layout. OSU’s margin of victory was its largest since recording a 32-shot triumph last spring at the Lamkin Grips San Diego Classic. North Carolina State finished second at 859 and SMU was third at 863.

The win was the second in four starts for the Cowboys this fall, who won the Olympia Fields/Fighting Illini Invitational by 18 strokes last month.

Individually, there was a three-way tie for medalist honors with junior Viktor Hovland and sophomore Matthew Wolff being joined by Pepperdine’s Clay Feagler at 206.

The duo joins Ian Davis (2012) and Kevin Dougherty (2013) as individual champions at the event for OSU.

For Hovland, the victory was the second of his career and first since winning the Valspar Collegiate last spring. Wolff’s three career wins have all come this fall as he has finished first at each of OSU’s three stroke play events. In addition to his win this week, he finished first at The Carmel Cup and the Olympia Fields/Fighting Illini Invitational, making him the first Cowboy to win three consecutive events since Jonathan Moore in 2006.

Austin Eckroat joined the Cowboy trio in the top 10, finishing seventh at 212. The sophomore carded rounds of 74, 67 and 71.

The Cowboys will close out their fall slate on Oct. 29 when they begin play at the East Lake Cup in Atlanta.

Arkansas, with two Oklahomans in the starting lineup, placed fourth. Mason Overstreet of Kingfisher led the Hogs and finished tied for ninth at 215, while Tyson Reeder of Edmond tied for 28th at 221. Arkansas will host the NCAA Championship next June at The Blessings near Fayetteville.