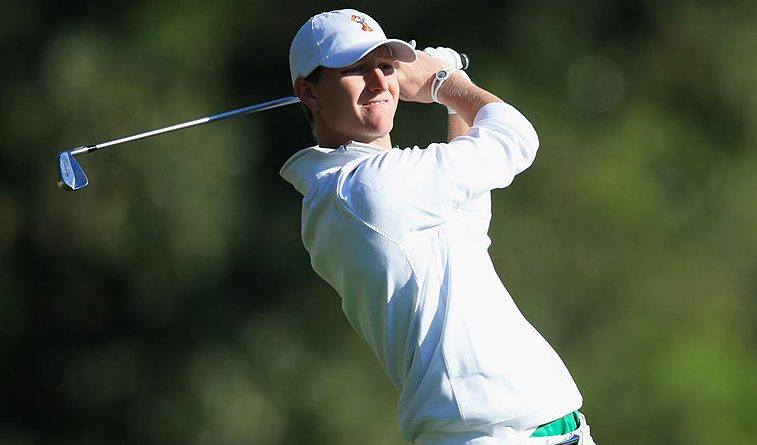 STILLWATER, Okla. – Oklahoma State’s men’s golf program will be well represented later this month at the 117th U.S. Open Championship in Erin Wis. Four Cowboys advanced through sectional qualifying this week to join a pair of former Cowboys who were already exempt for the event. The championship will take place June 12-18 at Erin Hills.

A pair of Cowboys qualified after surviving a playoff at the Columbus, Ohio sectional contested at Brookside Golf and Country Club and Lakes Golf and Country Club. Peter Uihlein, the 2010 U.S. Amateur champion, carded a pair of 68s, while Talor Gooch posted scores of 67 and 69 to tie for 12th place and earn a spot in a 4-for-3 playoff. Both players used birdies during the extra-hole session to move on.

Jordan Niebrugge also qualified for the event, which will take place in his home state. The 2013 U.S. Public Links Championship winner carded rounds of 63 and 67 to share second place at the Lakewood, Wash., sectional, which was contested at Tacoma Country Club.

“To play in the U.S. Open in front of my family and friends at Erin Hills, I don’t know what to say about that,” Niebrugge said. “I used to walk that course, think of the 2017 U.S. Open, and now I am going to play in it.”

The Pokes also have a pair of players who were among the 78 exempt players in the 156-player field. Rickie Fowler is exempt via his 2015 victory at The Players Championship in addition to his spot in the Official World Golf Ranking.

Alex Norén is exempt via his recent win at the European Tour’s BMW PGA Championship as well as his place in the OWGR.