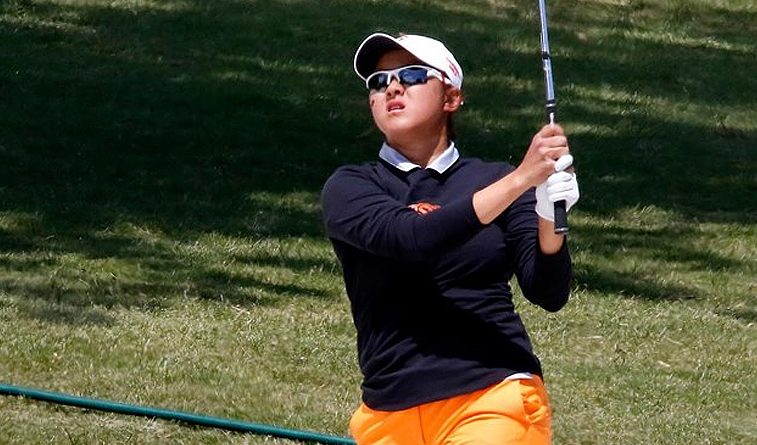 DALLAS – Oklahoma State tied for second with Baylor and Oklahoma placed fifth at the Big 12 Women’s Golf Championship at the Dallas Athletic Club.

The Cowgirls just missed out on their 10th Big 12 championship, but their nine titles are still more than all the other current Big 12 schools combined.

OSU posted rounds of 292-297-299 (+13) 888 to tie with Baylor for second on the leaderboard. Texas was eight strokes better and took home the title. Iowa State’s Celia Barquin Arozamena was the individual champion.

Pacing the Cowgirls in the final round was Chih-Min Chen, who earned Big 12 All-Tournament team honors for the first time in her career. The junior posted a score of 1-over par 73 and placed third, which is her best finish of the season.

Senior Cowgirl Emma Broze carded a 5-over par in her last day of play and finished tied for 11th place. Broze was one spot shy of earning her second straight All-Big 12 tournament team.

Senior Kenzie Neisen posted 7-over par 224 and tied for 14th place after her final 18 holes. Neisen was four spots short of being the first Cowgirl to be named to four All-Big 12 Tournament teams in school history and is one of just one of six golfers in program history to be named to three.

Fellow senior Alexis Sadeghy scored 2-over par 74 in her final round to finish in a tie for 19th place. Freshman Stephanie Astrup finished 40th at her first Big 12 championship.

The Cowgirls will learn their NCAA Regional destination on Wednesday, April 25th when the selection show airs on the Golf Channel.

Oklahoma totaled a 54-hole score of 892 (+28) to finish fifth. The result was just the second time in the last six tournaments of the season that the Sooners did not finish in first or second place.

“We are as talented as any team out there but we have to learn to score the golf ball,” said OU head coach Veronique Drouin-Luttrell. “We simply gave away too many shots away which hurt us. Hannah and Val had a great week. They’ve been working hard the last few weeks and it’s great to see it pay off for them.”

Seniors Valerie Tanguay and Hannah Wood were both named to the Big 12 All-Tournament Team after placing in the top 10 of the individual standings.

Wood captured fourth place by firing a 71 (-1) in the final round to finish the tournament with a 3-over 219, good for her third top-five finish of the season. Tanguay tied for eighth with a 54-hole score of 222 (+6).

The Sooners aim to be one of 72 teams selected to compete in an NCAA Regional. The regional fields will be announced by the NCAA on Wednesday, April 25. Regionals will be hosted in Austin, Texas, Madison, Wis., San Francisco, Calif., and Tallahassee, Fla.