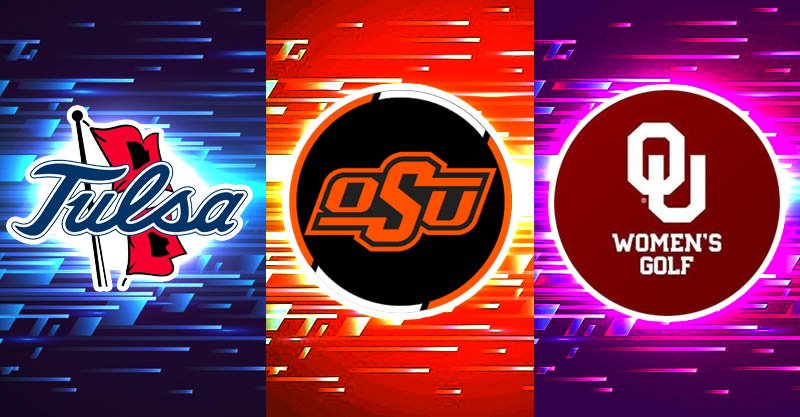 STILLWATER – The Oklahoma State women’s golf team will begin their hunt for a national title at the NCAA Women’s Golf Regional at Stanford Golf Course in Stanford, California on May 10-12.

OSU will carry the momentum of a historic, record-breaking Big 12 Championship into the postseason. This is Oklahoma State’s 27th NCAA Regional appearance and the Cowgirls re looking to advance to the NCAA Championships for the 22nd time in program history.

The low six teams and the low three individuals not on those teams at each of the four NCAA Regional sites (for a total of 24 teams and 12 individuals) will advance to the NCAA National Championship in Scottsdale, Arizona on May 21-26.

The Cowgirls will use the same starting lineup that won the Big 12 championship; Lianna Bailey, Isabella Fierro, Maja Stark, Rina Tatematsu and Han-Hsuan Yu. Maddison Hinson-Tolchard will serve as the alternate.

OSU finished the regular season with five team titles in addition to five individual titles. The Cowgirls were listed at No. 4 in GolfWeek’s national spring rankings that were released last week.

Oklahoma State has an impressive history at the Stanford Golf Course over the years. OSU finished third in the 1982 and 1989 NCAA Championships held on that course and the lowest round in school history was carded at Stanford – a 64 by Am Ruengmateekhun in 2011.

OSU will tee off at 10 a.m. CT on May 10, and fans can follow the live scoring at GolfStat.com.

Sooners get under way in Columbus Regional

COLUMBUS, Ohio — The Sooners are set to continue their postseason as the No. 9 seed at the Columbus Regional, slated for May 10-12 at the OSU Golf Club – Scarlet Course in Columbus, Ohio. The top six teams from the 54-hole regional will advance to the NCAA Championship, scheduled for May 21-26 at Grayhawk GC in Scottsdale, Ariz.

“We’re so excited to compete this week in Columbus at a really great golf course,” head coach Veronique Drouin-Luttrell said. “The postseason is a brand new season and a different type of grind. We feel like we’re playing our best golf at the right time, and we’ll need to be focused on playing our game if we want to advance to the championship.”

It’s Oklahoma’s fourth consecutive appearance in an NCAA regional and ninth in 11 postseasons under head coach Drouin-Luttrell. It’s the team’s third all-time trip to Columbus as it played in the 1981 and 1985 Lady Buckeye Invitational. The Sooners own the nation’s 11th-lowest scoring average vs. par of 1.24, which is second-best among teams at the Columbus regional.

OU’s 54-hole average of 288.33 is the nation’s eighth-best and second all-time at OU as Drouin-Luttrell’s teams have rewritten the record book in Norman, tallying the top 12 scoring averages in program history, carding sub-300 averages every season since Drouin-Luttrell arrived in 2009.

The Sooners finished inside the top five in five of their six tournaments in 2020-21, including a fourth-place finish at the Big 12 championship, just two shots off second place. All five of Oklahoma’s starters rank in the top eight all-time in scoring average at Oklahoma, including the four lowest in program history. They’ve combined for 47 top-20 finishes and 24 top 10s in the Crimson and Cream.

Spectators are permitted based on local/state guidelines, which are subject to change. It is requested that spectators wear masks at all times and follow physical distancing protocols, including remaining at least 15 yards away from student-athletes, coaches and other team personnel. Spectators must also keep distanced from tee boxes and greens. The event is free of charge.

BATON ROUGE, La. –– The University of Tulsa women’s golf team will compete at the NCAA Division I Women’s Golf Championship – Baton Rouge Regional this week, Monday-Wednesday, May 10-12, at the par-72 University Club.

The Hurricane is led by junior all-conference selection Lorena Tseng, who last week qualified for the U.S. Women’s Open by winning the qualifier in Humble, Texas. Tseng placed second at the American Athletic Conference Championship and has finished among the top-15 in Tulsa’s four other tournaments this year. Fellow all-conference performer Lilly Thomas, junior Haley Greb, senior Taylor Dobson and freshman Tita Loudtragulngam.

Since regional play was instituted in 1993, the Tulsa women’s golf program is making regional competition for the 18th time this year. It’s Tulsa’s first regional appearance since the 2011-12 season.

The Baton Rouge regional will be played at the University Club in Baton Rouge, La. and will be hosted by LSU. Conference automatic qualifiers are indicated in parenthesis next to the institution.