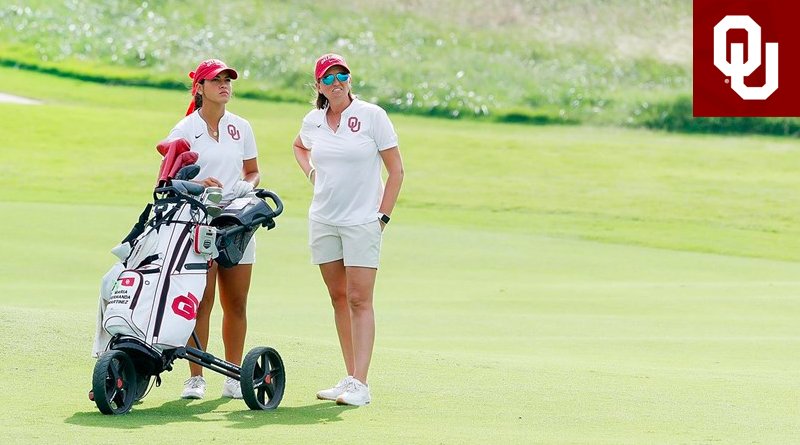 A week after a second-place finish in Arizona, the Oklahoma women’s golf team heads to Miami for the Hurricane Invitational this week. The Sooners will tee off on Monday at the par-72 6,100-yard Biltmore Golf Club in Coral Gables, Fla.

Oklahoma has made the trip to Miami twice over the past five years for the Hurricane Invitational, finished eighth in 2016 and second in 2018. In the 2018 edition, the Sooners were led by Valerie Tanguay and Rylee Pedigo, who both tied for second. A freshman on that team, Kaitlin Milligan, shot a 223 to finish tied for 17th; she is the only Sooner on the roster that has played at Biltmore.

Milligan will look to lead OU to its first win of the season, as the junior is playing some of the best golf in the country. She has recorded top-20 finishes in 15 of her last 17 events, and top-5 placements in three of her last four. She’ll be assisted by senior transfer Ellen Secor, who will look to build on her career-performance from the last tournament. The Portland, Ore., native fired rounds of 68-69-66 to finish in a tie for second place at the Westbrook Invitational last weekend. Secor’s total score at Westbrook of 203 was tied for the second lowest 54-hole score in school history.

OU is bringing an individual competitor to Miami as Maria Fernandez Martinez will get her first action of the spring season.

Oklahoma tees off at 7:00 a.m. CT Monday with a shotgun start. The golfers will play 36 holes of continuous play on Monday and then the final round of 18 on Tuesday. The Sooners will be paired with Illinois and TCU for Monday’s rounds.

Live scoring will be available on Golfstat.

The Cowgirls have opened the spring with two top five finishes in as many tournaments.  With two weeks to recover after the last tournament, head coach Greg Robertson has emphasized playing consistent golf over all three rounds, which he thinks can take the Cowgirls to the next level.

“I think we have shown what we are capable of doing and doing it in different rounds throughout the tournament,” Robertson said. “What we need to do is be a little more consistent in a tournament as a whole. When we put it together we show we’re as good as anybody, but if you’re going to be an elite team you have to bring it every day, every week and we haven’t quite done that yet.”

This will be the Cowgirls second trip to Florida with a tournament in Puerto Rico in between, so the Cowgirls know what to expect when it comes to the East Coast conditions.

“Every golf course is different, but I’ve played in Miami before so I know how the weather will look like and it is similar to Puerto Rico with the wind and warmer weather,” Isabella Fierro said.

Fierro will be joined by fellow freshmen Hailey Jones and Maja Stark, sophomore Han-Hsuan Yu and junior Emma Whitaker, who finished first in the qualifying rounds. Michelle Forsland will play as an individual after missing the past two tournaments with a hip injury.

Sophomore Lianna Bailey who has been playing the best golf of her career as of late, which included a second place finish at the UCF Challenge, will not travel to the Hurricane Invitational due to a back injury that could cause her to miss a couple of tournaments.

“It’s a setback for sure to not have Lianna in the lineup,” Robertson said. “But we’re playing with a lineup that has given us some pretty good results up to this point. They just have to prepare hard this week and then go out and play golf.”

The Cowgirls will tee off for two rounds Monday morning with a 7 a.m. CT shotgun start at the Biltmore Golf Club. The invitational will conclude Tuesday with the final round.