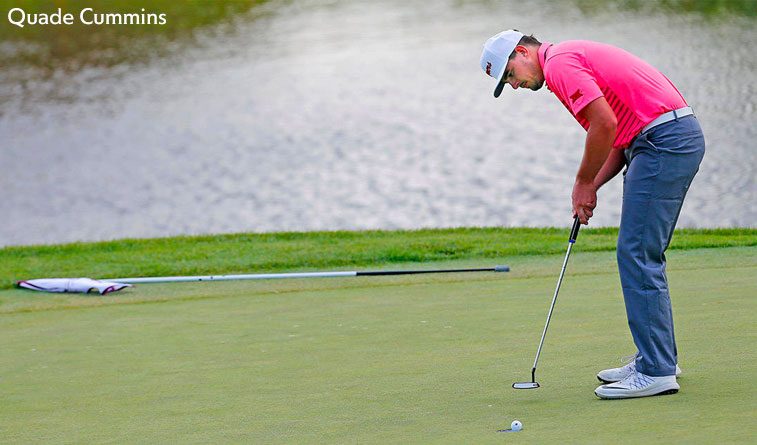 The No. 6 Oklahoma men’s golf team finished in second place out of 15 teams at the Puerto Rico Classic. The three-day, 54-hole tournament was held at the par-71, 6,716-yard Ocean Course at the Rio Mar Beach Resort and Spa in Rio Grande, P.R.

In the final round of their first spring tournament, the Sooners recorded a 285 (+1), the second-best team round of the day. OU finished with a three-day total of 855 (+3), just one stroke back of Clemson’s 854 (+2). Host Purdue placed third, two shots behind the Sooners, while Georgia Tech and Alabama rounded out the top five.

“Our guys hung in there, we didn’t play the easier holes very well in the beginning but we kept fighting,” OU head coach Ryan Hybl. “Quade (Cummins) had great week and he has been showing this back home so this validation for him and his confidence. Thomas (Johnson) had the low round of the day and did a great job for his first time out for us.”

Redshirt sophomore Quade Cummins was OU’s top finisher, earning a share of third place with a three-round 209 (-4) for his second career top-5 finish. Cummins carded four birdies during Tuesday’s final round, posting a 70 (-1) for his third straight round under par. Cummins’ 54-hole total also tied his career-low score.

Senior Grant Hirschman took home his fourth top-20 finish this season, finishing with a three-day total of 215 (+2). Hirschman shot 73 (+2) in the final round of action.

Redshirt sophomore Thomas Johnson bounced back and finished with OU’s best round of the day, shooting 69 (-2). The Norman, Okla., native tied for 21st place at 217 (+4).  Junior Brad Dalke carded a 73 (+2) on Tuesday to tie with Johnson.

Garett Reband tied for third place at the individual tournament, shooting 219 (+3). The sophomore closed out the day with a 78 (+6).

OU returns to action March 5-7 at the Southern Highlands Collegiate in Las Vegas.
—