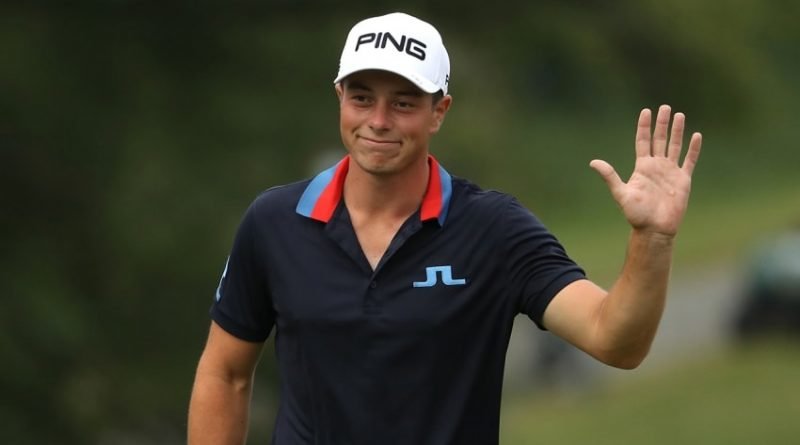 Brad Dalke of Norman saw his U.S. Amateur Championship bid derailed with a 3 and 1 loss to Australian Karl Villips in the Round of 16.

At the first event of the Korn Ferry Tour finals, former OSU Cowboy Viktor Hovland showed he is ready to join his former teammate Matthew Wolff on the PGA Tour next year by opening with a 7-under 64 to share the first round lead in the Nationwide Children’s Hospital Championship on the Scarlet Course at Ohio State University.

The top 25 finishers in the three-event Finals series will earn PGA Tour cards for 2019-20. Winning an event guarantees a spot. Edmond’s Robert Streb won this event a year ago after failing to finish in the top 125 on the PGA Tour and he is back this week after finishing 128th. He opened with a 4-under 67 and was tied for fifth.

Other players with Oklahoma ties to keep an eye on in this event include Kevin Dougherty, Rhein Gibson, Josh Creel, Kristoffer Ventura, Peter Uihlein, Grant Hirschman, Morgan Hoffmann, Hunter Mahan, Charlie Saxon, Michael Gellerman and Anders Albertson. Ventura, Gibson and Gellerman have already earned their PGA Tour cards by having finished in the top 25 during the Korn Ferry Tour regular season, but are playing to improve their positioning.