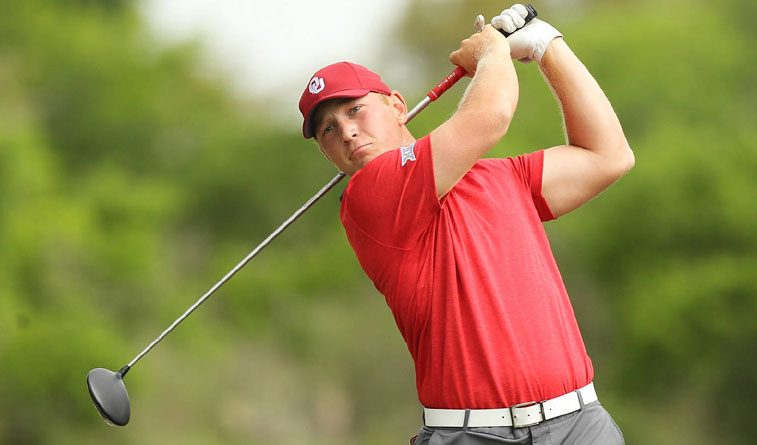 The first-place finish marks the 16th team title under ninth-year head coach Ryan Hybl. The Sooners fired a 276 (-8) in Tuesday’s final round to finish with a three-day total of 825 (-25).

Against a competitive field with seven top-25 teams, the victory marked OU’s sixth team title in the last three seasons.

“This was a great team win,” Hybl said. “Everyone did their job and I’m proud of the way we closed the day out.”

Juniors Brad Dalke and Blaine Hale ended the tournament tied for seventh place to lead the Sooners individually. Both players recorded a three-round total of 205 (-8).

After opening the tournament with a career-low 64, Hale closed out the event on a strong note by firing a team-best 67 (-4) in the final round. The junior earned his sixth career top-10 finish and posted three birdies along with an eagle on the par-5 No. 11 hole to give OU momentum down the stretch.

Dalke, who recorded scores in the 60s during all three rounds for the second time in his collegiate career, shot 69 (-3) on Tuesday. The junior started the day strong with four birdies on the front nine and tallied seven during the final round. The Norman, Okla., native now has seven top-10 finishes during his career as a Sooner.

Sophomore Riley Casey carded a 72 (+1) in the final round and claimed a tie of 14th place. Casey’s three-day total of 208 (-5) ranks as his lowest 54-hole score as a Sooner and marks his third career top-20 finish.

Sophomore Garett Reband posted a 69 (-2) on Tuesday, tying for 23rd place at 211 (-2). Reband picked up four birdies during the final round.

The Sooners return to action at the Golf Club of Georgia Collegiate in Atlanta on Oct. 20-22 (Friday-Sunday).
—