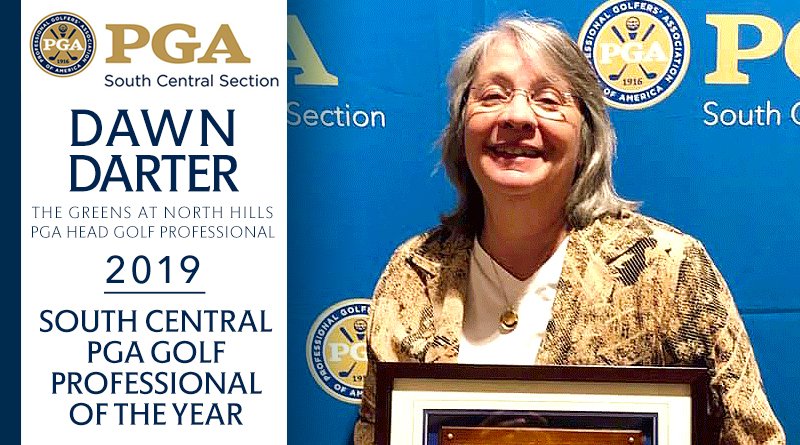 Broken Arrow, Okla. – Dawn Darter of Sherwood, Ark., has been awarded The South Central PGA’s highest honor, The 2019 Golf Professional of the Year. Darter, a PGA Member for more than 35 years, has served as the head professional at The Greens at North Hills Golf Course since 2010.

Darter received her PGA membership in 1984 and has devoted her career to developing golfers and passing on the integrity of the game. Darter currently serves on the Section Junior Golf Committee, is a PGA Magazine Women Leaders representative and actively supports initiatives from the Section and National organization. Dawn volunteers her time to serve several area high school golf programs, acts as a rules official for The Arkansas State Golf Association and has served as a regional junior golf director for The Arkansas Chapter of The South Central PGA for more than 20 years.