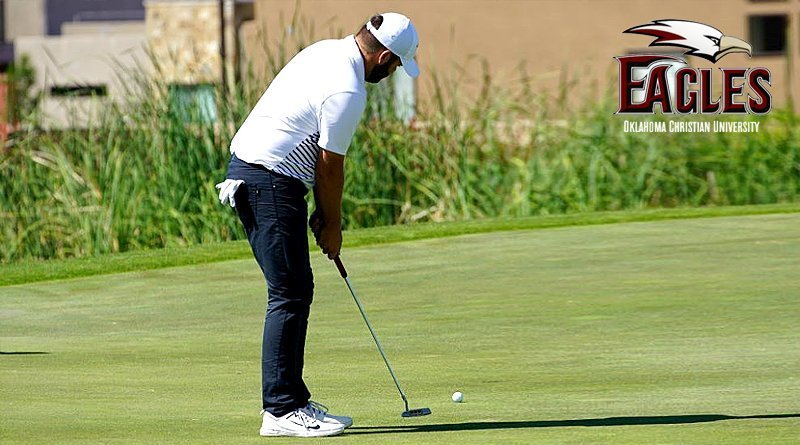 ST. GEORGE, Utah (May 11, 2019) – Oklahoma Christian put together a final-day run on Saturday at the NCAA Division II South Central-West Super Regional, but it wasn’t quite enough to extend the Eagles’ season.

Led by an exquisite 7-under-par 65 from junior Trevor Norby at The Ledges Golf Club, the Eagles posted a team score of 281 (7-under), giving them a three-day score of 870. That was good enough to move them up six spots in the 20-team field into a tie for eighth, but they finished eight shots out of fourth place, important because the top four teams advanced to the Division II Championships later this month in Daniels, W.Va.

It was a difficult end to a special season in which the 12th-ranked Eagles won five tournaments – including the Heartland Conference title – and never finished below fifth in any tournament until this week.

There were some positives Saturday. The 65 shot by Norby, a junior from Carlsbad, Calif., on the 7,145-yard course was the lowest round posted by any of the tournament’s 108 players over three days. It included seven birdies, including six over the final 10 holes, and no bogeys. It ranked tied for ninth in program history for the lowest round in relation to par.

It was Norby’s second-lowest career round, just one shot shy of the 8-under 64 he shot in the second round of the Heartland Conference Championship at Slick Rock Golf Course in Horseshoe Bay, Texas.

Norby finished tied for 10th individually at 212 (4-under). OC senior Garrett White posted three birdies en route to a final-round 71 and tied for 51st at 220. Two shots back was senior Juan Pallach, who closed with a 73 that included three birdes and an eagle on the par-5 No. 11.

Tied for 66th at 223 were OC sophomore Andres Brictson, who shot a 72 (with two birdies), and senior Cameron Brown, who shot a 74 (with three birdies).

Chase Carlson of Colorado Christian, playing as an individual, was the medalist at 12-under 204. Tournament host Dixie State (Utah) won the tournament with a score of 847, followed by California-San Diego at 851, California State-Monterey Bay at 861 and Sonoma State (Calif.) at 862.