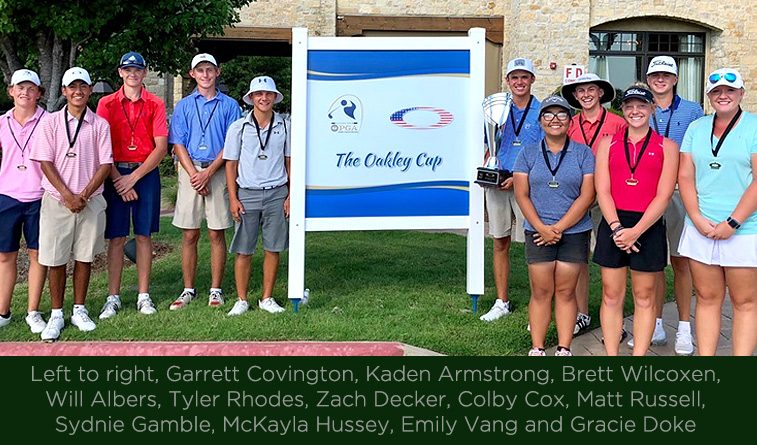 The East team retained the Oakley Cup following a 12-12 draw with the West team in matches held at Shangri-La Resort. The East held a 7-5 edge in singles play to come back and forge the tie and retain the cup.

The Matches were started in 2014 to recognize the top junior players on the South Central PGA Players Tour and reward their strong play from the current calendar year.

The top 8 boys and 4 girls from each region will compete in a Ryder Cup style format, and this year’s competition will be played at the beautiful and challenging Shangri-La Golf Club on Grand Lake on Sunday, August 5.