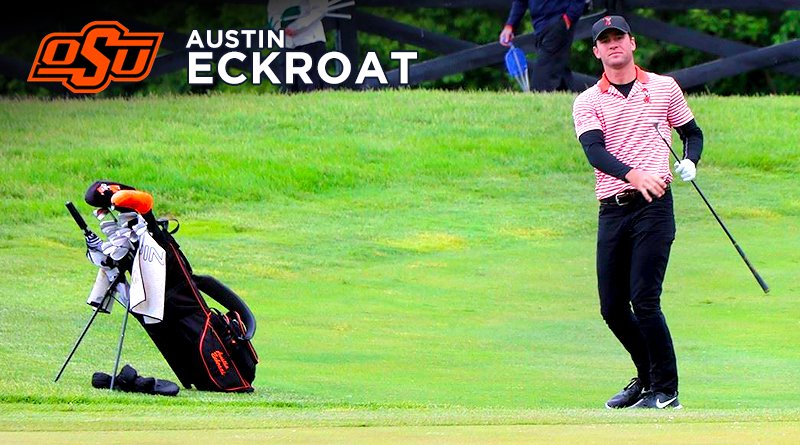 Austin Eckroat narrowly missed making it consecutive medalists at the event for OSU after Viktor Hovland finished first a year ago. The Cowboy junior posted a bogey-free 64 to stand at 10-under 203 and one shot off the pace of San Diego State’s Leo Oyo.

After opening with a pair of pars, Eckroat reeled off three consecutive birdies before closing his opening nine with four pars in a row. After turning in 3-under 32, Eckroat birdied the 11th to get to 4-under for the day. He then closed with birdies over three of the final four to come home in 4-under 32.

Sophomore Rasmus Neergaard-Petersen closed with a 1-under 70 to move into a tie for 34th place at 214.

Sophomore Aman Gupta carded his low round of the event, a 71, to finish at 217 and tied for 45th place.

Senior Ferdinand Müller rounded out the starting five with a 74 to get in with a 217 total as well.

Rayhan Thomas led a trio of OSU freshmen in action at the tournament’s individual event held at Coral Mountain Golf Club. He closed with a 2-under 70 to finish at 7-under 209 and tied for seventh place.