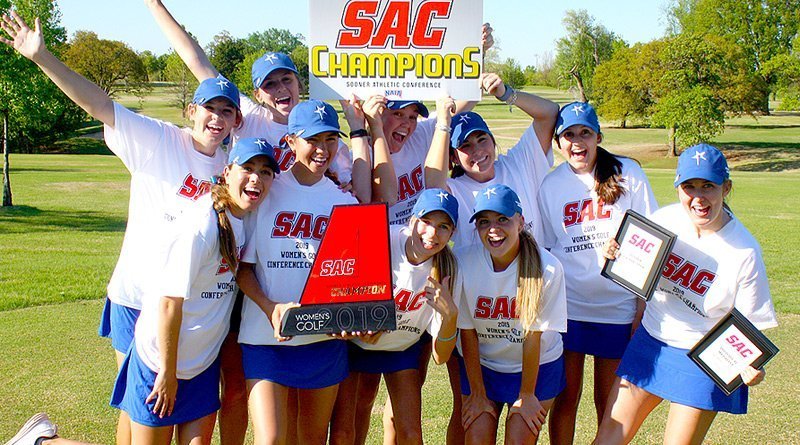 The Stars, ranked 17th in the NAIA, rallied from two strokes down entering the final round to capture their 16th SAC title and seventh league championship in eight years. Melissa Eldredge of OCU became the SAC individual champion.

Eldredge, a junior from Eufaula, Okla., forged the winning score with a 71-71–142. Eldredge led the field with nine birdies and buried five Saturday. She overcame a two-shot deficit on the back nine to grab the individual crown by one stroke over Chante Van Zyl of Wayland Baptist.

“I don’t think I have ever been prouder of a team,” McCauley said. “We have certainly struggled some this year, and to see our vast improvements over the past few weeks speaks volumes about how hard the girls have worked. We know that we still have a lot of work to do before nationals, but this is very, very encouraging.”