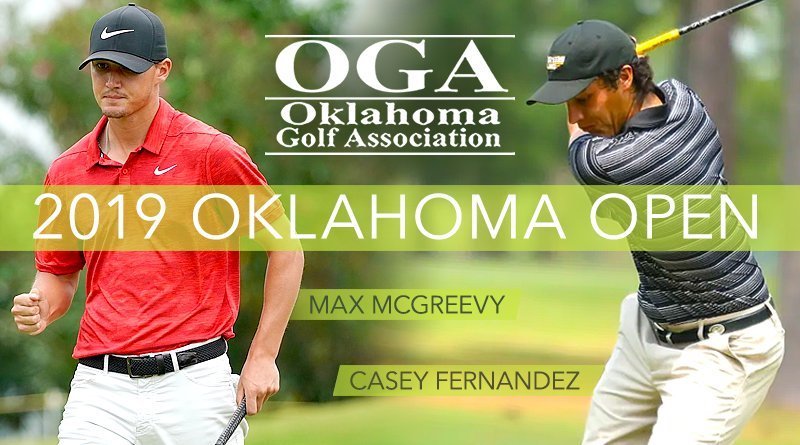 Defending champion Casey Fernandez of Durant and 2017 winner Max McGreevy of Edmond are paired together in today’s first round of the Oklahoma Open, a 54-hole professional event at Oak Tree Country Club’s East Course.

Among the other past champions in the field are legendary Oak Tree Gang member Gil Morgan, who first won this tournament in 1981, well before 90 percent of the field was born. He also won in 1997. Veteran Jim Kane of Edmond won in 1991 and Kevin Dillen of Paris, Texas, in 1998.

Other notables in the field include two recent Oklahoma State golfers in Hayden Wood and Zach Bauchou. Wood’s father Willie Wood won the Oklahoma Open in 1990 and 1995. Nick Heinen, who left OSU after his junior season in 2018, is also in the field, as well as a host of talented young professionals eager to make their mark. Complete pairings are here.

Oklahoma Open Trivia time: One winner of the Oklahoma Open is teeing off today in the FedEx Cup Tour Championship. Who was it and what year? Send us the answer on Facebook, first correct answer will win a sleeve of Titleist Pro-V1 golf balls courtesy of Golf Oklahoma.