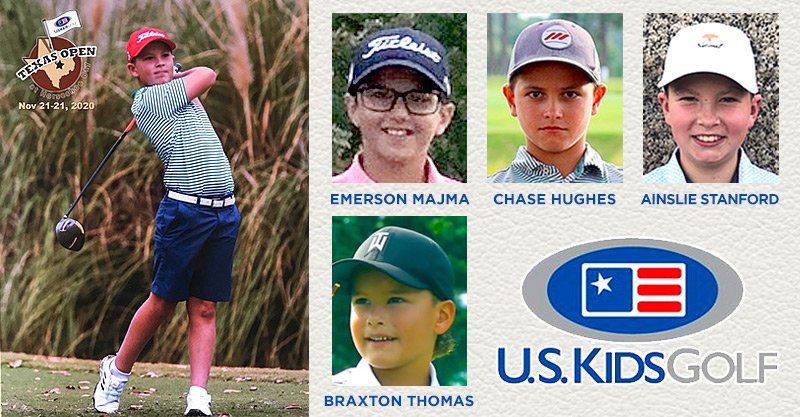 Three Edmond boys and one from Stilwell put on dazzling displays of golf to win their age groups at the U.S. Kids Texas Open at Horseshoe Bay near Austin this weekend.

Hughes shot a blistering 13-under par 131, opening with a 69 Saturday and following that up with a 62 on Sunday to win his division by a whopping 11 shots over Gavin Swearengin of San Antonio. The 62 was a personal best for Hughes, eclipsing the 63 he shot in the U.S. Kids World Championships at Pinehurst last summer.

Stanford opened with a 73 and finished with a 4-under 68 for a 3-under 141, five shots clear of Tripp Hildreth of Las Vegas, Nev.

For complete results in all age groups, click here.