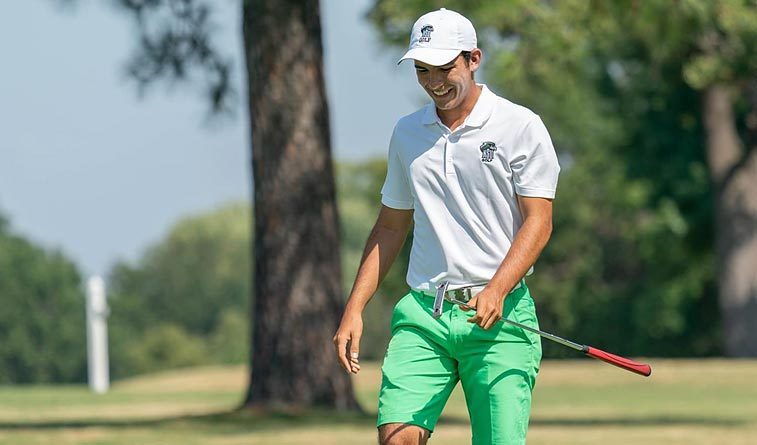 MUSKOGEE – A quartet of freshmen helped lift Northeastern State University into second place through two rounds of the 20th NSU Men’s Golf Classic on Monday at the Muskogee Country Club.

Freshman Carlos Gomez led the way in his first collegiate event with a 133 (66-67) and is in second on the individual leaderboard.   Northeastern State carded a 557 (274-283) and only trails Lindenwood by four shots heading into Tuesday’s final round.

At 11-under through 36, the RiverHawks held the lead for most of the day.  Lindenwood caught NSU in the late afternoon thanks to a 9-under (275) in the second round.

Northeastern State shot a 1-under, 283 in its second round.

Right on the RiverHawks’ heels by one shot is Central Missouri which fired off a tournament-low 272 in the second round.

For medalist honors, Gomez is chancing down Arkansas Tech’s Francois Jacobs who shot a 131 (63-68).

The RiverHawks will tee-off on the front nine starting at 9:30 a.m. for Tuesday’s final round with Lindenwood and Central Missouri.