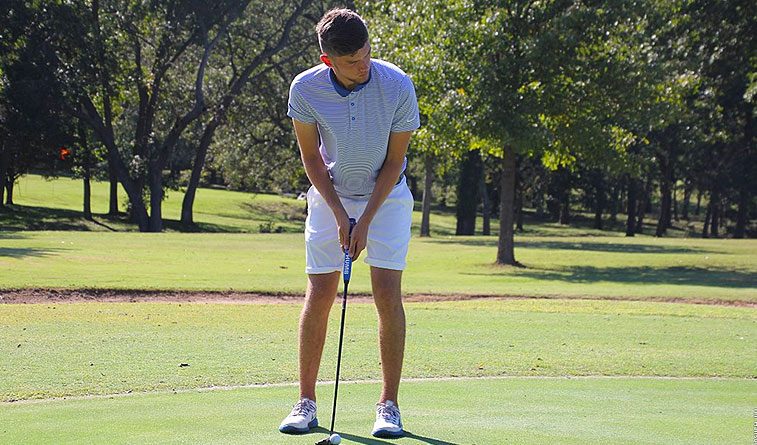 IRVING, Texas – The Rogers State men’s golf team turned in its best performance of the 2017-18 season with a second-place finish out of 14 teams at the DBU Patriot Classic on Tuesday (April 3) at Hackberry CC. The Hillcats posted a three-round total of 894 with three freshmen in the top 12 overall individually.

Freshman Luke Palmowski shot 72 to move up to eighth place at 6-over 222. Freshman Adian Gavey was only one shot back at 223 to place 11th overall. The Canadian closed with a 4-over-par 76 in the final round after scores of 1-under-par 71 and 4-over-par 76 on Monday. Freshman Gonzalo Chaves made it three freshman Hillcats in the top 12 as he finished at 8-over-par 224 to post a 12th place performance.

Senior Alex Marsh closed with a 3-over-par 75 in today’s final round to card a three-round total of 14-over-par 230 and 33rd overall. Freshman George Burnett fell back to 50th overall with a final round 83 to register a 54-hole total of 236.

Texas Wesleyan took the team title with a three-round total of 883 to finish 11 shots up on RSU. The Hillcats tied for second with Central Missouri at 894.

Rowan Lester of Texas Wesleyan fired a 4-under-par 68 in the final round to win by five shots at 3-under-par 213. Emilio Gonzales of St. Mary’s and Wildfredo Sanchez of Texas A&M-Commerce tied for second at 2-over-par 218.

The Hillcats continue their stretch of three-straight tournaments next Monday and Tuesday (April 9-10) at the Hardscrabble Invitational at Hardscrabble CC in Fort Smith, Ark.