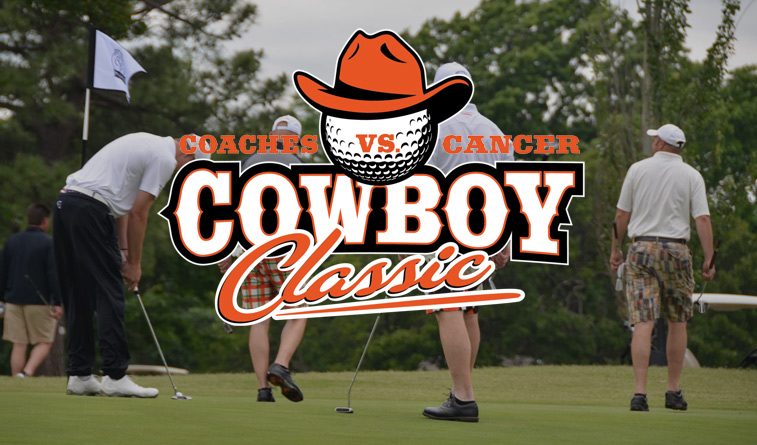 Talk about making a difference. In just two years, Oklahoma State’s Coaches vs. Cancer Cowboy Celebrity Classic has become one of the more successful and fun charity golf events in the state, raising a total of $136,000 for the American Cancer Society with a goal of $100,000 more this spring.

The 2017 Coaches vs. Cancer Cowboy Celebrity Classic is May 22 at Stillwater Country Club and there is time to get involved as either a participant or sponsor. Four-person scramble teams will compete with a celebrity, which they can bid on their favorite after seeing the complete list. Not all the commitments are in, but participating will be Cowboys such as former PGA Tour star Doug Tewell, All-Americans Chris Tidland and Jonathan Moore, football coach Mike Gundy, golf coach Alan Bratton, basketball coach Mike Boynton, baseball legend Mickey Tettleton and long-time NFL tight end Billy Bajema.

Jason Eslinger, one of the top competitors on the World Long Drive Association tour, will do a demonstration. Also on hand will be a number of local children who are battling cancer, they will participate in crafts and hang out with the golfers.

Dave Hunziker, the radio voice of the Cowboys, has spearheaded the effort to make the event both fun and meaningful. He said the money raised stays in Oklahoma and is used not only for research but to help cancer survivor and support programs.

To get involved or for more information, go to www.osucvcgolf.org.