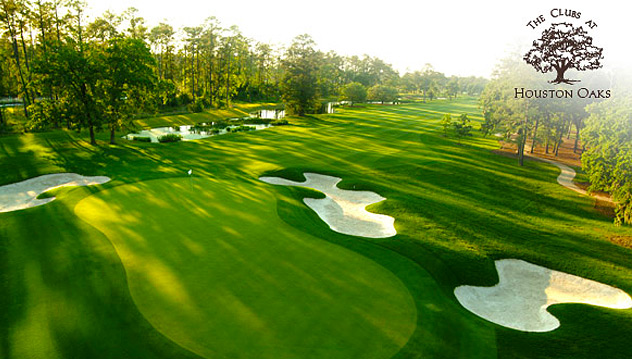 HOUSTON — Football fans attending the Feb. 5 Super Bowl will be arriving in the middle of Houston’s prime golf season.

From historic to high-toned, including Texas architect Chet Williams’ soon-to-open gem,  The Clubs at Houston Oaks, the Houston area has dozens of golf courses, with wintertime temperatures expected in the 70s, with low humidity and plenty of green grass opportunity before the NFL’s best teams meet.

Houston’s most historic course is the public Memorial Park design just inside the Loop 610 highway. It opened in 1936 and was designed by John Bredemus, known as the Father of Texas Golf, for his many famous courses in the Lone Star State.

Since opening, the course has hosted more than 5,000,000 rounds, been the site of a dozen PGA Tour Houston Opens and has been experienced by everyone from pro golf superstars to Hollywood War Bond heroes and thoroughly hooked Houston Hackers.

The course fell into disrepair in the late 1980s and early 1990s and was almost abandoned, but a local fundraising campaign and some brilliant restoration work by architects Jay Riviere and Dave Marr restored the course in 1995 and it’s been going strong ever since.

The bargain public course prices and huge oak trees filled with Spanish moss will be more than welcoming to Super Bowl guests and locals.

The course is less than a mile away, just across the highway, from a prime Super Bowl lodging place — the Houstonian Hotel, Club & Spa.

This hidden enclave of luxury will serve as the home for the visiting NFL owners and sponsors. While rooms may be scarce, there will be plenty of places to meet, greet and see the beautiful people during football’s biggest week.

The public can rub elbows with the sports elite in the historic Manor House for lunch or in the Bar at The Houstonian, where they will have Super Bowl themed cocktails and a high-end, football-fan atmosphere.

Along with the 175,000-square foot adjacent Houstonian sports club and the luxury two-story Trellis the Spa, The Houstonian offers the unique Texas Tycoon Weekend, perfect to complete a full Super Bowl experience.

If living like a Texas Tycoon fits into your schedule, then playing like a PGA Tour player will do as well. The Golf Club of Houston is one of the few public access courses to host a PGA Tour event, but the current site of the Shell Houston Open is open to all except for when the world’s greatest players are here in March.

The chance to play where the Tour pros do is entirely possible in Houston as the Rees Jones- designed tournament course will serve as the official NFL Super Bowl Committee layout for this year’s big game.

It will host NFL events on Friday, Feb. 3, the Fox Sports tournament on Feb. 4, and other sponsor organization tournaments or outings during the week leading up to the Feb. 5 game. Players of all skills and abilities can try out their inner Jim Herman (2016 champion) at the par-72 water and tree-filled layout.

Perhaps the most unique course in the Houston area is the nearby Tour 18, which was the first golf layout in America to serve up exact replicas of some of golf’s most famous holes.

It came from a pair of Houston golfers lamenting that most players could never play golf’s most iconic holes from Augusta National Golf Club, TPC-Sawgrass or Hilton Head, so they decided to make their own exacting copies in the suburb of Humble.

The course survived a legal challenge from layouts which didn’t believe imitation was the sincerest form of flattery, and now thrives as one of the most popular and unique in the area.

While the Super Bowl’s final showdown may command the attention of the sports world for one day, the balmy Houston-area conditions will offer plenty of non-football diversions for a super-sized golf and football trip.