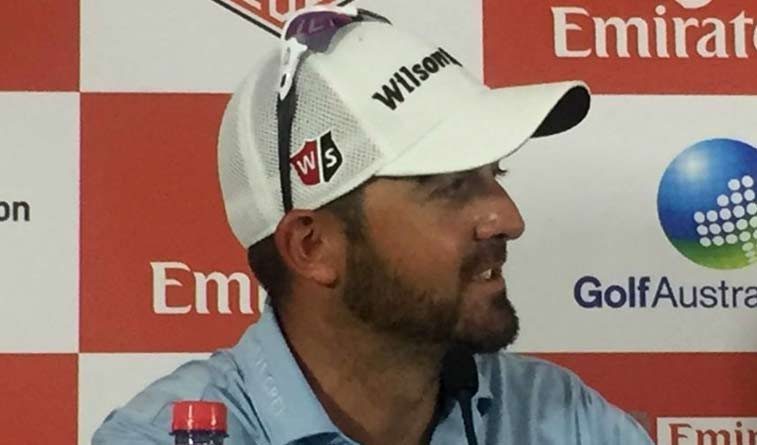 NASHVILLE, Tenn. (July 2, 2017) – Rhein Gibson found his putting stroke this week in the Nashville Golf Open Benefitting the Snedeker Foundation and posted a season-best finish on the Web.com Tour as a result.

The Oklahoma Christian Athletic Hall of Famer ended up tied for fifth at 14-under-par at the Nashville Golf and Athletic Club after firing a 5-under 67 in Sunday’s final round. It was Gibson’s 10th career top-10 finish on the Web.com Tour but his first since last August, when he tied for fourth in the WinCo Foods Portland Open.

On three occasions on Sunday, Gibson – who’s from Linsmore, Australia, but now lives in Edmond, Okla. – came within a shot of the lead but he proved unable to catch Abraham Ancer and Lanto Griffin, who both finished at 16-under before Griffin won a one-hole playoff.

Gibson was in the top 20 after each round in Nashville, shooting 69 on Thursday, 70 on Friday and a 68 on Saturday before going even lower on Sunday. His 23 birdies during the tournament ranked tied for second among all players.

His final nine holes resembled a roller coaster at times, as he went par-birdie-bogey-birdie-bogey-birdie-birdie-par-birdie during that stretch. He chipped in from the fringe for a birdie on the par-4 No. 11 and rolled in a long birdie putt at No. 18 after hitting into the rough with his second shot.

Gibson is back on the Web.com Tour this season, looking to make another run at the PGA Tour. He finished fourth in the 2015 Web.com Tour Championship to earn his PGA Tour card for 2016, but wasn’t able to retain his status on the big tour for 2017.

The strong showing at Nashville would seem to bode well for Gibson as the Web.com Tour moves later this week to Clymer, N.Y., and the Upper Course at Peek’n Peak Resort for the LECOM Health Challenge. Gibson reached a four-man playoff in that event last year before settling for one of his three career Web.com Tour runner-up finishes.