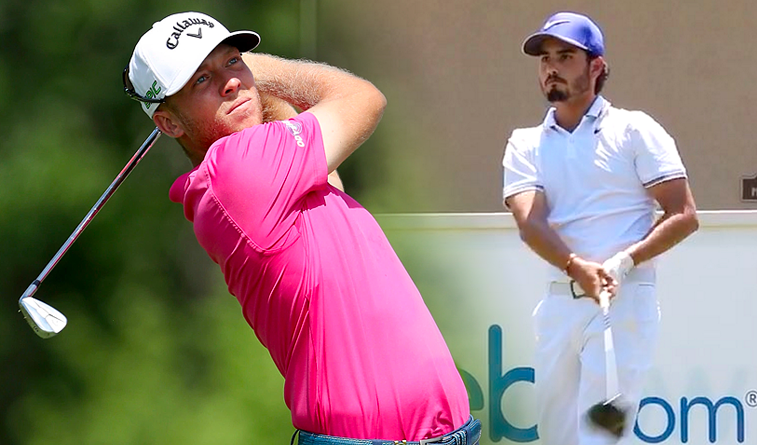 NORTH PLAINS, Ore. — A former Sooner and a former Cowboy were among the 25 golfers who secured their PGA Tour membership cards for the 2017-18 season Sunday at the Web.com Tour’s final Regular Season event, the WinCo Foods Portland Open presented by Kraft Heinz, contested on the Witch Hollow Course at Pumpkin Ridge Golf Club.

Former University of Oklahoma golfer Abraham Ancer and former Oklahoma State golfer Talor Gooch of Midwest City and now Edmond were among those who will be playing on the PGA Tour thanks to finishing in the top 25 on the Web.com Tour money list. Those golfers will now play in the four-event Web.com Tour Finals, where positions on the Priority Ranking list, used to set PGA TOUR fields each week, will be finalized.

Two additional Oklahomans are among the top 75 on the Web.com Tour money list who will be eligible to compete in the Finals, which consists of the top 75 from the Web.com Tour, numbers 126 through 200 from the FedEx Cup points list on the PGA Tour and those with medical exemptions. Taylor Moore of Edmond, who finished 38th on the money list, and Rhein Gibson of Edmond, who finished 74th, both will have a shot at the 25 PGA Tour cards up for grabs.

A host of other players with Oklahoma ties will be going back to qualifying school to try to regain their Web.com Tour status. Will Kropp of Edmond is exempt into the final stage of qualifying for finishing between 76 and 100 on the Web.com Tour money list at 81st. Former Sooner Michael Kellerman, Blake Trimble of Edmond, Chris Worrell of Tulsa, Josh Creel of Edmond, former Sooner Charlie Saxon of Tulsa and former Cowboy Jordan Niebrugge finished between 105 and 148 on the money list and will be attempting to further their careers at the first or second stage of qualifying school depending on their exempt status.