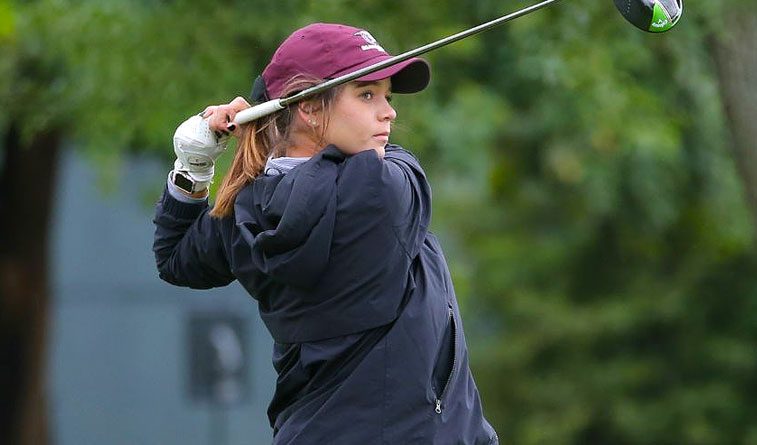 Goodwin, from Tulsa, is at No. 570 in this week’s women’s ranking, a system developed by the U.S. Golf Association and the St. Andrews, Scotland-based R&A to rank the top female amateur golfers in the world. The ranking is determined on the basis of their average performance in what the USGA and R&A deem to be “counting events” over a rolling cycle of the previous 104 weeks (two years).

Goodwin has been on a serious roll since May, when she barely squeezed into the field for the NCAA Division II West Super Regional, then won that event at Hillcrest Country Club in Durango, Colo. This summer, she’s won three more events, two of them “countable” toward the world ranking – the Dallas Collegiate Championship at The Golf Club of Dallas and The Canyons Classic in San Antonio, both part of the Texas Collegiate Amateur Tour.

Of the eight countable results listed on Goodwin’s ranking page, one was a third-place finish in the Dallas Baptist Women’s Fall Classic, played last October at the The Golf Club of Dallas.

Goodwin is one of four Heartland Conference players in the top 1,000 in the world ranking. The other three are from Dallas Baptist (Texas) – Evelyn Arguelles (280), Ann Parmerter (485) and Addison Mitchell (932).

Goodwin and her OC teammates will begin the collegiate fall season Sept. 9-10 at the Northeastern State Women’s Classic at Cherokee Springs Golf Club in Tahlequah.