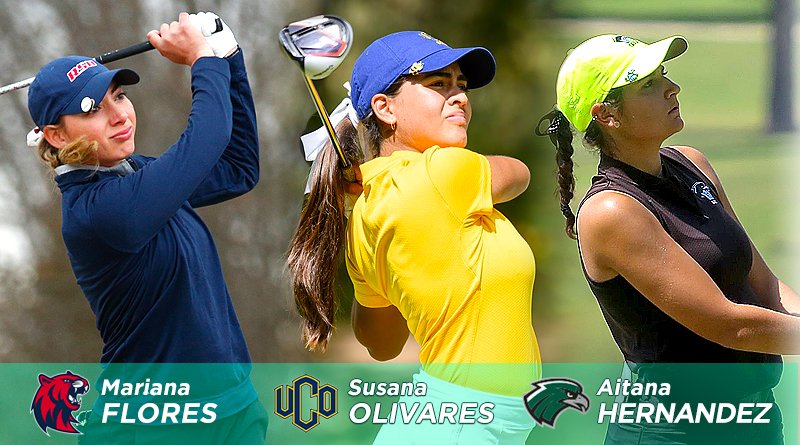 CORAL SPRINGS, Fla. — Aitana Hernandez of Northeastern State, Mariana Flores of Rogers State and Susana Olivares of the University of Central Oklahoma were named to the All Central Region team by the Women’s Golf Coaches Association.

Hernandez finished in the top-10 in five of NSU’s six events this last season with three of those in the top-5. She had a medalist finish in the fall in the RiverHawks’ home tournament. In 12 rounds, Hernandez held a 75.25 stroke average, with a 461-46 win-loss mark over fellow golfers.

Flores had two top-5 finishes in four events. Olivares has two victories and has finished in the top 10 of all six of her events in her freshman season.