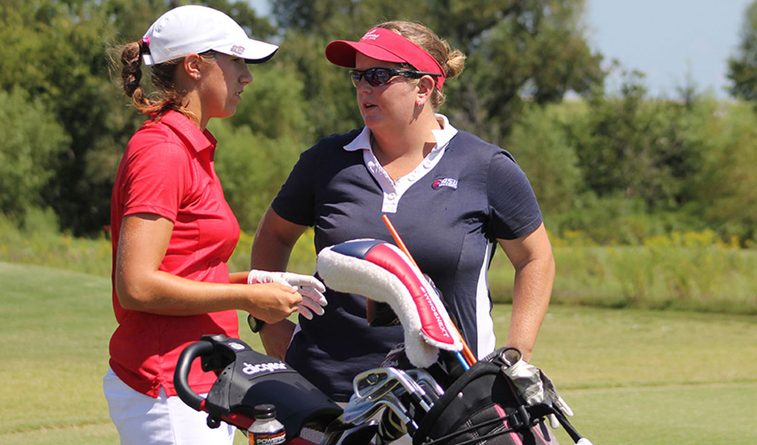 “We are excited for Whitney to return to RSU as the head women’s golf coach,” Ratcliff said. “She understands the Hillcat program from her time as a student-athlete and assistant coach. After a thorough search, Whitney stood out as the right person to guide the women’s golf program. She has the combination of knowledge of both collegiate golf and Rogers State University to be very successful with the program.”

Hocutt takes over the RSU women’s golf program after serving as the head girl’s golf coach at Miami High School for two seasons.

“I’m excited to be back on the hill at Rogers State,” Hocutt said. “As a former player, coach and alum, I’m thankful to be given this opportunity to lead the RSU women’s golf program. I look forward to growing the program and guiding it in the right direction after the foundation set from the previous coaches.”

The local Claremore product started her coaching career on the Hill as an assistant men’s and women’s golf coach for former head coach Josh Fosdick. During her one season as an assistant coach at RSU, the Hillcats won a combined three tournaments between the two programs as the men never placed lower than eighth at an event and the women turned in top-six results at 10 of 11 tournaments. Four Hillcats earned All-Heartland Conference accolades with Alex Marsh being named the Heartland Conference Freshman of the Year.

Hocutt joined the coaching staff following a four-year playing career with the Hillcats. While at RSU, Hocutt was a three-time selection as the most valuable player for the women’s golf team and was honored with the Hillcat Award from the athletic department. She led the team to four tournament titles over her four-year career. Hocutt earned a spot on the Dean’s Honor Roll in both 2010 and 2011 and was a member of the RSU Student-Athlete Advisory Committee for three years.

Hocutt earned a bachelor’s degree in medical/molecular biology from RSU in 2014 and completed a master’s degree in education/sport administration from East Central in 2015.