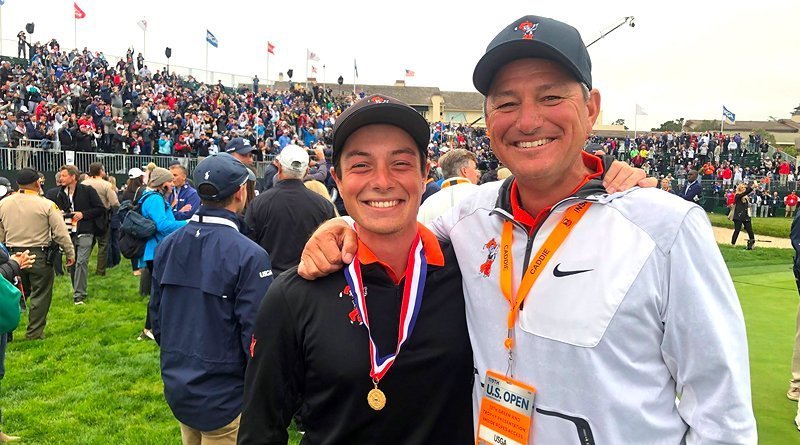 Additionally, the Oslo, Norway native became the first player to earn low amateur status at The Masters and the U.S. Open since Matt Kuchar did so in 1998.

Hovland earned his way into both major championships via his U.S. Amateur Championship victory last summer at Pebble Beach.

He tied for 32nd place at Augusta National this past spring after carding a 3-under 285 total.

With Hovland’s scoring record at Pebble Beach, the Cowboys now own the amateur scoring records at the U.S. Open and the Open Championship. Jordan Niebrugge tied for sixth at St. Andrews in 2015 at 11-under 277 to set the Open scoring mark.