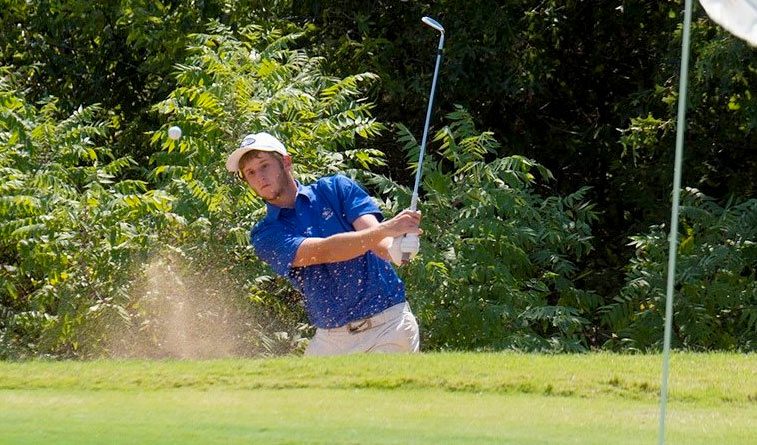 James shot rounds of 68-67 for a 9-under total of 135 and has a four-shot lead in the individual race while helping the Savage Storm open a five-shot lead on Oklahoma Christian in the team race.

Two other SEOSU golfers are in the top 10. Hayden Foster shot rounds of 71-71 and is tied for fifth while Jordan Holiefield is a stroke back at 143 and tied for ninth.

A strong second-round performance by Oklahoma Christian lifted the Eagles into second place. OC was fifth in the 11-team field after shooting a 288 (8-over-par) in the opening round, but fueled by a 4-under-par 66 by senior Garrett White, the Eagles improved to 280 in the second round and with a total score of 568, they were only five shots behind the leader, Southeastern Oklahoma State.

OC will enter Tuesday’s final round seven shots ahead of Hutchinson (Kan.) Community College and St. Mary’s (Texas), which are tied for third.

Leading the Eagles individually was senior Juan Pallach, who shot a 70 and a 71 and was at 1-over 141, tied for third. Pallach was six shots behind the individual leader, Zach James of Southeastern, and just one shot out of second place.

The final round will begin at 8:30 a.m. Tuesday. The Eagles will be paired with golfers from Southeastern and Hutchinson.