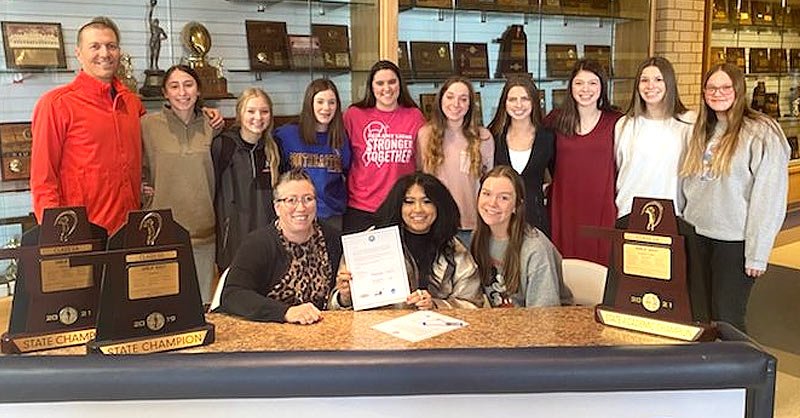 Mikaela Karanja, the defending Class 5A state champion who has led Durant to consecutive high school team championships, has received a Presidential Scholarship from Delaware State University, paying her full tuition, room and board.

“We are very proud of Mikaela here in Durant,” said coach Tanner Dupree.

“The science program was really the best one out of all my other options, so that was really what stuck,” Karanja said at signing day. “They have a really competitive golf team and I do better on competitive teams than I do going in there and being the best player.”
Karnaja shot rounds of 70-73 at Chickasaw Pointe in Kingston to win the Class 5A individual title by three shots over Aubrey House of McAlester. Durant won its second consecutive team title by 16 shots over Carl Albert.
Facebook Comments