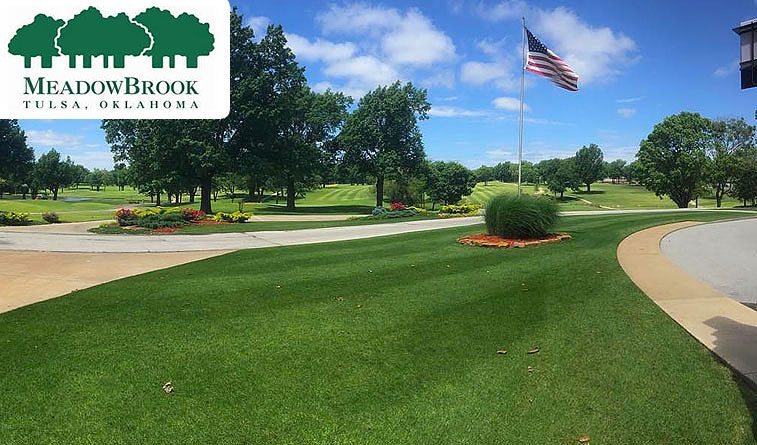 Meadowbrook Country Club board members were informed Tuesday that the club is under contract for sale for an undisclosed price. The buyer is a Tulsa real estate developer who plans to develop the property into residential housing with timing of that re-development being uncertain.

Andy Crosson, the senior vice president of acquisitions at Arcis, met with board members Tuesday to inform them that the club was being sold, and that Arcis would be managing the club for the new owner. It is anticipated that the club would remain open for at least 12 months if not longer if sufficient members remain.

Meadowbrook Country Club opened nine holes designed by Press Maxwell, Perry Maxwell’s son, in 1954, and nine additional holes by Don Sechrest were later added. It was originally a Jewish club but opened its doors to all in the 1980s.

Arcis, a Texas-based golf company that owns and manages 60 golf courses throughout the country, purchased Meadowbrook in 2014 as part of a $320 million deal with CNL Lifestyle Properties that included 48 courses. Articles at the time assigned a value of $5.38 million to Meadowbrook and sources have confirmed the buyer paid at least $1 million more than that figure.

Crosson confirmed only that the development company “offered us an extremely attractive price. We were not looking to sell Meadowbrook, though it is a very modest earner and doesn’t have a big earnings upside as a golf course.”

Crosson said due to confidentiality agreements he could not identify the buyer until after closing, scheduled the third week of October.

Todd Hoffman, the immediate past president of the Meadowbrook CC board, had purchased a “lifetime” membership from Arcis for $40,000 and planned to play there the rest of his years.

“Obviously I’m very disappointed,” Hoffman said. “I’ve been told I would get my money back, but now I’ve got to look into moving to another club, paying initiations or higher dues. I had my group here, we travel together, play together, we are like family.”

Unlike many courses throughout the U.S. that have closed recently, Meadowbrook CC was not losing money, with more than 360 golfing members and more than 420 overall. Arcis even invested more than $250,000 since it purchased the club in upgrading the restaurant and grill area. It just wasn’t making enough money to compete with the offer from the developer.

Meadowbrook has a history of being passed around from owners and management companies. After Colbert Golf bought it in the late 1980s, Colbert Golf was purchased by Golf Enterprises, which sold the course to American Golf. It was later purchased by Goldman Sachs, then National Golf Properties, then Eagle Golf (which is now part of Arcis), then sold to CNL.

Hoffman said the members have made various efforts to purchase the club and gain control of their own destiny in that time, but perhaps never a concerted enough effort. Crosson confirmed the members had offered to purchase the club in the past, but said in his long experience of buying and selling clubs, member offers are rarely if ever successful.

“Member offers almost always have structural issues,” Crosson said. “They usually can’t demonstrate sufficient funds and in this case their amount never approached the amount that the developer group offered with surety of closure and demonstrated capability of closing.”

“The members are upset and I can certainly understand that. They feel there are good reasons why it should remain open and operating. I have no comment to that, I was there to let them know what the new owners planned, and that was to keep operating in the same fashion for at least 12 months or longer if the members support the club.”

Some members have already left and many are exploring their options. Tim Johnson, general manager at The Golf Club of Oklahoma, said some Meadowbrook members have come over to see the recent improvements under way at that club and some have already joined. But Crosson said to this point attrition has been normal for the fall months and the club even signed up 10 new members with a Facebook promotion in September.

Whether those numbers will drop precipitously and rapidly now that all members are certain that barring any efforts to prevent rezoning, Meadowbrook will close, is anyone’s guess.

If Meadowbrook closes, it would be the sixth course in the Tulsa area to do so in the past five years but the first strictly private course. Also closing were Cottonwood Creek in Glenpool, Clary Fields in Sapulpa, Scissortail in Verdigris, Emerald Falls in Broken Arrow and Okmulgee Country Club. Golf Oklahoma reported last week that the future of White Hawk Golf Course in Bixby is very much in doubt and it, too, could become a residential development.

As a layout, Meadowbrook is a favorite of many in the Oklahoma golf community, including Oklahoma Golf Association executive director Mark Felder, who has brought the OGA State Amateur there in 2011 (won by Cameron Meyers) and two Senior OGA State Amateurs there (2012 and 2016, both won by Mike Hughett.). The State Amateur was first held there in 1990, won by future professional Matt Gogel.

“Meadowbrook is a course that I love,” Felder said. “It’s a great piece of land with tall mature trees and rolling terrain, a little bit of water and usually great conditions. It’s a smaller takeoff of a Southern Hills. It’s got everything you could ask for.”

Hughett said Meadowbrook was the first course he played when he came to Tulsa as a freshman at Oral Roberts and he would be sad to see it go.

“This does make me sad as I felt that the course had made significant progress over the last several years and was more challenging than ever with the tightness of the fairways,” Hughett said. “I’ve had some success on that course because it doesn’t really benefit the bombers that can hit their drives 320 yards.  It makes you think your way around the course and keep it in the fairway.”