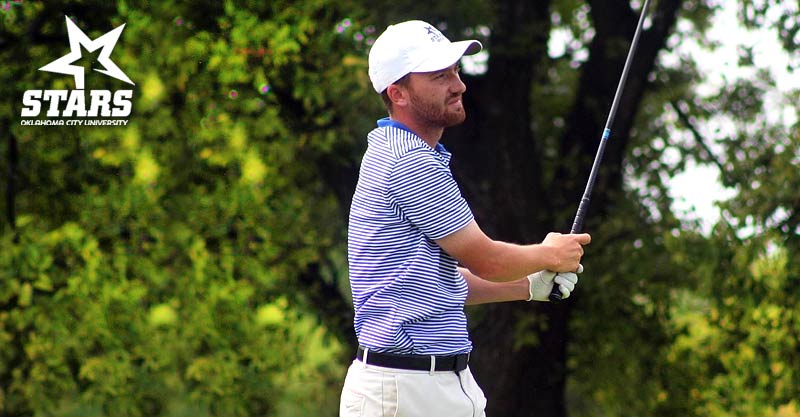 Meyers, a senior from Johannesburg, South Africa, tied the OCU career record for wins. The Stars, ranked 12th in NAIA men’s golf, rose to second place on the team standings.

Meyers collected his ninth career victory to match Rupert Kaminski, Meyers’ fellow South African who took nine wins for the Stars from 2015-18. Meyers registered the win for the fourth event in a row, shot under par for the 11th consecutive round and finished in the top five for the 12th start in a row. Meyers shot under 70 for the 10th time in 13 rounds in 2020-21.

During the tournament, Meyers produced the winning score of 69-71-67–207 to win by one shot. Meyers knocked in 14 birdies and an eagle.

Oklahoma City came in second with a 295-291-281–867 to finish 15 shots behind third-ranked Wayland Baptist (Texas). The Stars posted the low score during the final round.

The Stars compete next in the Texas Showdown on March 29-30 at Cedar Crest Golf Course in Dallas.