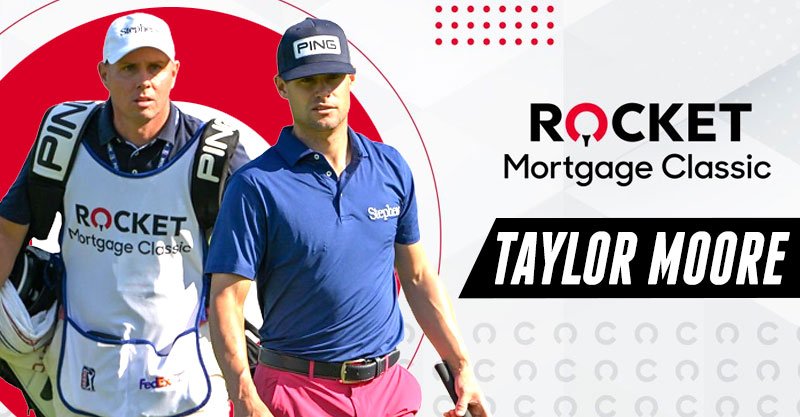 With one week to go in the PGA Tour regular season, a lot is on the line for some players with Oklahoma ties hoping to remain fully exempt for the 2022-23 season.

Max McGreevy of Edmond is 126 on the money list heading into the Wyndham Championship. The top 125 keep their cards and are eligible for the first round of the three-event FedEx Up playoffs the following week. After the first round in Memphis, 70 players will advance to the BMW Championship in Wilmington, DE, and then 30 to the Tour Championship at East Lake in Atlanta

With his sixth place finish at 19-under Sunday in the Rocket Mortgage, PGA Tour rookie Taylor Moore of Edmond shot up 14 spots to 76 on the points list and has a good chance to advance to the second round. By missing the cut by 1 with a bogey on his final hole, Robert Streb dropped to 110 but should stay safely in the top 125. Edmond native Kevin Tway is 119.

Those who finish 126 through 200 will be in the Korn Ferry Tour Finals with a chance to regain full status. Currently Bo Van Pelt of Tulsa is 198 and rookie Josh Creel of Edmond is ranked 201.

For players on the Korn Ferry Tour, they have two regular season events remaining to move into the top 75 before the three-event Finals Series begins. The top 25 earn a PGA Tour card automatically.

The Korn Ferry Tour Finals commence with the Albertsons Boise Open presented by Chevron – which announced a historic $2.9M charitable donation during their 2021 event – and will be played August 18-21 in Boise, Idaho. Players then head to the Nationwide Children’s Hospital Championship (August 25-28), which recently announced a five-year extension of the tournament at The Ohio State University Golf Club’s Scarlet Course. The season concludes at the Korn Ferry Tour Championship presented by United Leasing & Finance at Victoria National Golf Club in Newburgh, Indiana on Sunday, September 4, 2022.