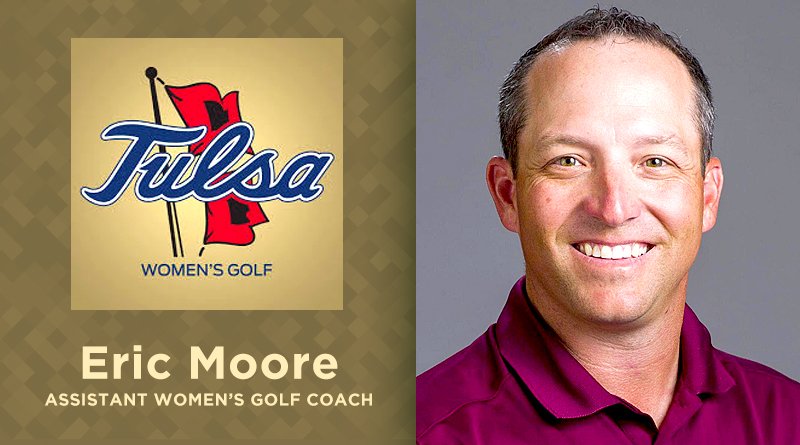 Moore spent the past seven seasons as the head men’s golf coach at West Texas A&M. In his tenure, his teams set 12 different school records in the 2017-18 season, had nine Academic All-Americans and made the school’s first appearance at the National Championship in 2015.

Before that, Moore was the head golf coach at Our Lady of the Lakes University in San Antonio, Texas. Under his guidance, the Saints made three consecutive appearances in the National Association of Intercollegiate Athletics (NAIA) Men’s Golf Championship. The Saints were ranked No. 7 in the final NAIA Men’s Golf Coaches’ Poll and received one of six at-large bids to the championship during his final season of 2012-13.

In 2011-12, Moore led OLLU to a seventh-place performance at the NAIA Championship. A year earlier, he put the Saints on the national map with the school’s first entry into the national championships with an at-large bid. Moore also was named Red River Athletic Conference Coach of the Year for the second straight season.

The Owasso, Oklahoma, native, had a successful collegiate career at Northeastern State (Okla.) University, where he earned All-America honors as a junior and senior. While there, Northeastern State experienced one of the greatest stretches of team golf at the school, including participating in the NCAA Championships in 2004.

He and his wife, Alli, have two children.