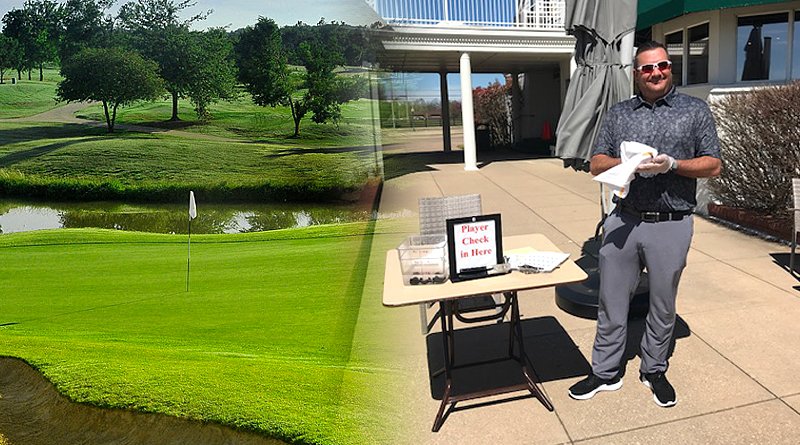 The order was released late Wednesday afternoon. Golf courses that been debating whether to open or not Thursday were back in the mode of letting members and the public know they would be open Thursday.

Representative Sheila Dills, R-Tulsa, forwarded a significant amount of information to Oklahoma Lt. Governor Matt Pinnell regarding other states and municipalities that had exempted golf from non-essential business closure orders.

“Golf is the perfect sport for social distancing,” Dills said. “And right now, folks need an outlet, for exercise, for their mental health, for trying to stay active.”

Courses in the nineteen counties where there has been a positive test for Covid-19 have agreed to extreme precautions to make sure golfers can play in safety.

At Kickingbird Golf Course in Edmond, for example, carts are all single rider and only two carts per group, so at least two must walk. Foam in the cups lifts the ball near the surface so no one need touch a cup or a pin. The driving range is in single stations eight feet apart.

At Forest Ridge, check in has been moved outside, keys are in disinfectant solution, carts disinfected before and after each round, there are no scorecards, no coolers and the clubhouse is limited to two people at a time for to-go orders. There is no pin touching and the cups are raised.

“We are doing everything the CDC recommends and more,” said General Manager Lance Allen.

Michael Henderson, owner of The Golf Club of Edmond, said his course is following all the normal precautions and expected 180 players today and probably the same amount Thursday.

“Course operators are taking very smart steps and precautions to be safe,” he said. “Having a virus take hold of our lives has been surreal to watch, but the golf industry can be a vital outlet for people. This could be a little mini-boom for golf because there’s not a lot else to do or watch.”

Tulsa County was the first to announce it would regard its golf courses in the same vein as parks and allow them to remain open. County officials announced Tuesday evening that LaFortune Park and South Lakes in Jenks would be open Thursday using extreme precautions to prevent any spead of the COVID-19 virus.

Although it was hoped that an exemption for golf courses might be forthcoming early Wednesday, as the day progressed many courses announced they would open, only to backtrack later in the day after the Oklahoma City courses announced they would be closing unless an exemption was forthcoming. The concerns went out the window when the revised order was released.