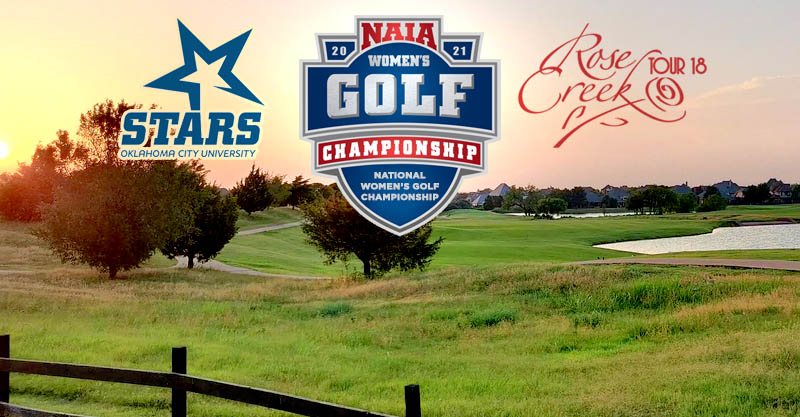 On the verge of being canceled, instead the 2021 NAIA National Women’s Golf Championship will be held May 25-28 at Rose Creek Golf Course in Edmond, hosted by Oklahoma City University.

The event was scheduled at Eagle Crest Golf Course in Ann Arbor, Mich., but the hosts let the NAIA know that due to the high COVID-19 numbers in Michigan and the fear the state would be shut down at that time, it would not be able to hold the championship.

“They were about to cancel it and gave a few schools the opportunity to save it,” said OCU coach Marty McCauley. “We have the infrastructure and signage from just having done it. It’s not ideal to be putting on a national championship with four weeks to prepare instead of two years, but it’s better than canceling it. We wanted to give the girls an opportunity to compete.”

The event will mean an economic boost to the Oklahoma City-Edmond area of close to $2 million.

The Stars, who have won their last two events, will compete in the Sooner Athletic Conference Championship Monday and Tuesday at Dornick Hills in Ardmore.

“We’re playing a lot better,” McCauley said. “Spring golf in Oklahoma can be very challenging but the girls know now is the time to put it all together.”