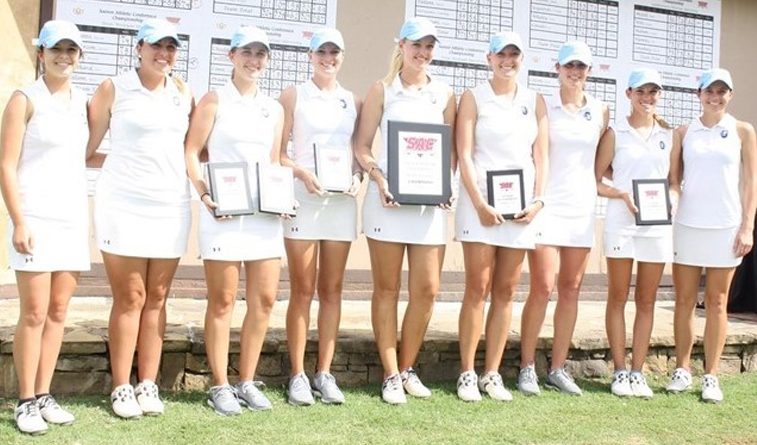 Oklahoma City, ranked third in the NAIA, became SAC champion for the 15th time with a 306-303–609. Anna Mikish, a senior from Choctaw, Okla., snagged SAC runner-up as four Stars earned all-conference accolades by finishing among the top five individually.

Six Stars landed spots in the top seven, and all nine OCU individuals finished among the top 20. OCU clinched a bid in the NAIA Championships on May 23-26 at PGA National in Palm Beach Gardens, Fla. The Stars will aim to win their eighth national championship.

“I am so proud of all nine of the girls,” said OCU coach Marty McCauley, who snatched SAC coach of the year. “They all played tremendously over the two days, and more importantly, represented OCU in the best way imaginable.”

Melissa Eldredge and Caroline Goodin were knotted at third, and Raegan Barnes picked up fifth to be the Stars’ all-conference performers along with Mikish. Eldredge added SAC freshman of the year.

Eldredge, a freshman from Eufaula, Okla., posted a 77-74–151 along with four birdies, while Goodin, a senior from Oklahoma City, recorded a 76-75–151, two birdies and a tournament-best 26 pars. Goodin snared her third all-SAC nod.

Barnes, a senior from Choctaw, Okla., provided OCU with a 78-74–152 and six birdies. Kailey Campbell, the first-round leader, tied for sixth with teammate Savannah Moody. Campbell, a senior from Oktaha, Okla., put together a 75-79–154 with a tournament-high six birdies. Moody, a junior from Aledo, Texas, contributed a 78-76–154 while sinking five birdies.

The temperature on the course went from 65 degrees at the beginning of the round to 85 degrees. Winds were clocked between 13-25 mph with gusts at 33 mph.