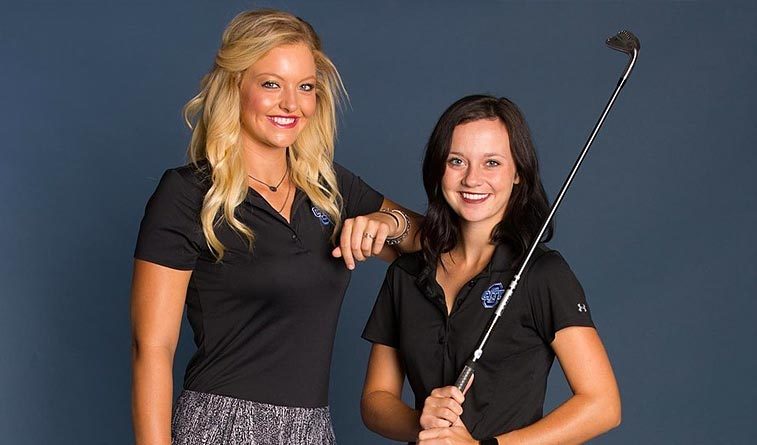 “We’ve played our best golf of the entire season in March and April, which is what you want to see especially with a younger team,” OCU coach Marty McCauley said. “Getting a group to jell, sometimes it happens automatically, sometimes it takes a little while. It took us through the fall and into the spring to get some of those things figured out that are important that are behind the scenes that a lot of people don’t know goes on. We certainly feel like we are improving. To be competitive at the national championship, we just have to catch fire for one week.”

Eldredge, a sophomore from Eufaula, Okla., has provided Oklahoma City with a 76.77 scoring average while putting up four top-five finishes. Eldredge took third place in the O-City Spring Classic on April 9-10 before tying for fifth in the SAC Championships at Lincoln Park Golf Course.

Moody, a senior from Aledo, Texas, comes off back-to-back runner-up finishes in the Stars’ last two tournaments. Moody has posted a 76.81 stroke average with three second-place showings and a victory this season.

Regan McQuaid has contributed an 82.22 scoring average. McQuaid, a junior from Tulsa, Okla., has one top-five finish this season. Loren Matrone, a freshman from Frisco, Texas, has put together an 83.04 stroke average with one top-10 finish throughout the season.

PGA National hosts the NAIA Championships second consecutive year at the par-72, 5,875-yard Champion Course. Although the Champion course has generous landing areas and spacious and accepting TifEagle greens, golfers are presented with course management challenges throughout the round. Lincoln Park Golf Course in Oklahoma City will have the NAIA Championships the next two years.

The weather forecast calls for temperatures in the upper 70s and lower 80s during the week. Precipitation chances have been set at 80-100 percent.