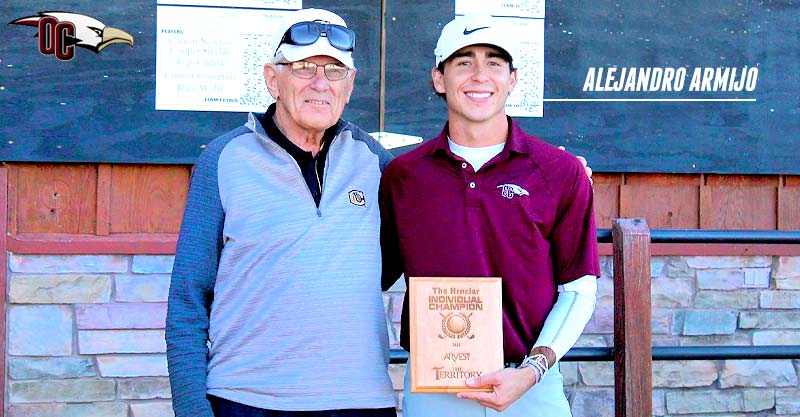 Duncan, Okla. – Oklahoma Christian swept the team and individual titles at the HRNCIAR Invitational hosted by Cameron University at The Territory Golf Club concluding Tuesday. They did so as a team with an overall score of 845 (-19) and finished fifteen shots ahead of second-place Cameron.

The individual title was won by Alejandro Armijo who won his first tournament this fall. Armijo did so while also breaking a program record. During Monday’s second round, Armijo shot a 63 (-9), the lowest score in relation to par in school history.

Santiago Villareal and Mateo Pulcini finished T12 with each other, as they shot 218 (+2) over their three rounds.

Chase Gardner, playing as an individual also had a great tournament, as he finished T14 with a 219 (+3).