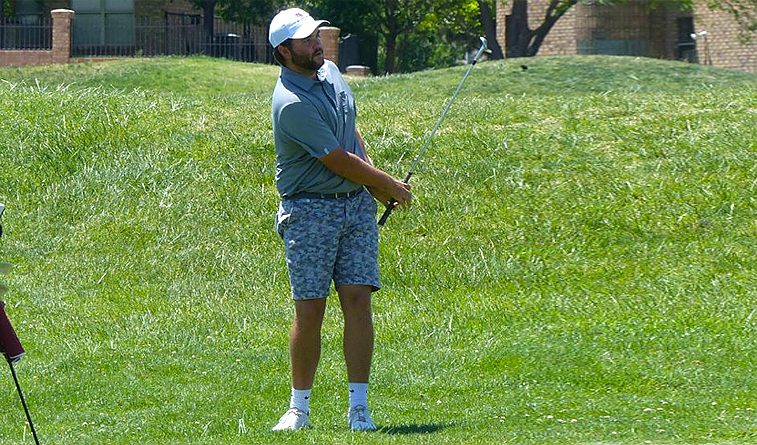 After three days and three rounds of grinding golf, the Eagles finished just one shot out of a playoff for a spot in the Division II Championship later this month. To make matters worse, none of the Eagles were able to earn one of the two available individual berths in the national tournament, either.

“The conditions were there for us, but we just didn’t play well today,” OC coach David Lynn said. “That’s golf. It happens.”

On a sunny, breezy day in the Texas Panhandle, the Eagles started the day in eighth place – one shot out of fifth – but seemed stuck in neutral for most of the round. OC never made a move up the leaderboard and eventually posted a team score of 297, giving the Eagles an overall score of 879.

Division II Championship berths went to the top five team finishers in the tournament, and the Eagles tied for seventh – one shot behind Sonoma State (Calif.) and Colorado Christian, who were in a playoff for the final spot (which Colorado Christian won).

OC’s top individual finishers were a pair of juniors, Cameron Brown and Garrett White, who tied for 11th. Brown, who started the day tied for the tournament lead, shot a 77 to finish at 215 overall, seven shots behind the co-champions, Emilio Gonzales of St. Mary’s (Texas) and George Markham of Colorado Mines. who won a playoff for the trophy.

White, the Heartland Conference individual champ, had two eagles – on the par-5 No. 2 and the par-4 No. 15, where he chipped in from about 30 yards off the green – en route to an even-par 71 on the 6,805-yard course.  White tied for the tournament lead with three eagles.

All five of OC’s starters in the tournament will be back for the 2018-19 season.

The Super Regional appearance was the second for OC in the program’s three years of NCAA postseason eligibility.

Rogers State also saw its season conclude by finishing 18th. The Hillcats closed with a score 302 in today’s final round for a 54-hole total of 896.

Playing in his final round wearing the navy and red, senior Alex Marsh paced the Hillcats with a score of 2-over-par 73.