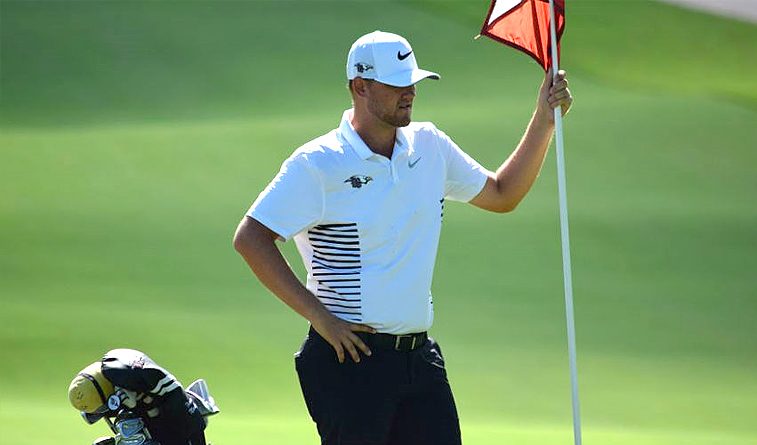 DUNCAN, Okla. (Oct. 22, 2018) – Oklahoma Christian’s Trevor Norby shot a 3-under-par 69 and was in a four-way tie atop the leaderboard on Monday after the first round of The Territory Classic at The Territory Golf Club.

Norby, a junior from Carlsbad, Calif., who transferred to OC during the offseason from NCAA Division I San Diego State, played a bogey-free round that included three birdies. He’s shot in the 60s in three of the Eagles’ nine rounds so far this fall.

Norby helped OC – ranked No. 16 in the latest NCAA Division II coaches’ poll – post a team score of 289, leaving the Eagles tied for second place (with No. 15 Midwestern State) among the nine teams in the tournament, four shots behind No. 7 St. Mary’s.  OC is the tournament’s defending champion.

OC senior Juan Pallach led the 55-man field with six birdies on the 7,077-yard course en route to an even-par 72, leaving him tied for seventh. Another shot back, tied for 11th, was senior Garrett White.

Two Eagles are playing the tournament as individuals. Senior Ethan Smith was tied for fourth after posting his second under-par round of the fall, a 71, while senior Grady Neal posted a 76.

Rogers State ranks fifth and sophomore Luke Palmowski sits in seventh individually after a round of even par 72. The Hillcats opened the tournament with a team score of 302 on the par-72 course.