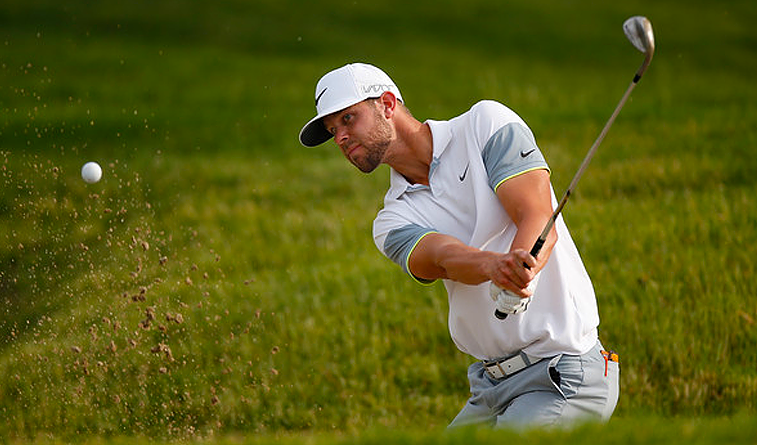 Edmond North graduates Kevin Tway and Robert Streb are safely inside the cut line for the start of the FedEx Cup playoffs, but both will have to pick it up to remain in the hunt for the Tour Championship.

Tway is ranked 72nd at the conclusion of the regular season and Streb 79th in FedEx Cup points. The top 125 make the playoffs for this week’s Northern Trust Open, followed by 100 for the Deutsche Bank the following week and 75 for the BMW Championship. Although points from the regular season are carried over, points offered increases each week in the playoff, so those who miss a cut can drop quickly.

Besides the two long-time Oklahomans in the field, several others played their collegiate golf in the state, including No. 5 Rickie Fowler (OSU), No. 21 Charles Howell III (OSU), No. 80 Morgan Hoffmann (OSU) and No. 112 Tyrone Van Aswegan (Oklahoma City University),

Van Aswegen earned his playoff privileges for the fourth consecutive year by finishing among the top 125 players in the FedEx Cup standings. Van Aswegen finished tied for 28th in the Wyndham Championship on Sunday at Sedgefield Country Club.

Van Aswegen will play in The Northern Trust at Glen Oaks Club in Old Westbury, N.Y., on Aug. 24-27.

“It’s exciting for the OCU golf family to see our former players having great success playing golf,” Oklahoma City coach Kyle Blaser said. “Tyrone has had a great year and retained his card. I’m sure that was a ton of weight off his shoulders. I think he will continue to raise his level of play with the more experience he gets.”

On Saturday, the former Star shot up the leaderboard with an impressive 5-under 67 that put him two shots behind leader Wade Ormsby. Marchesani produced a bogey-free back nine, including six birdies. He shot another bogey-free, four-birdie round on Sunday’s back nine, put was plagued by two double bogeys on the front nine.

“I’m so happy for James after all he has been through to finally see his hard work pay off,” OCU coach Kyle Blaser said. “His confidence has to be high. I spoke with his family, and they were very excited about his finish. He is looking to build on it as he heads to the European Tour Q-School.”

Marchesani was the 2014 NAIA and Sooner Athletic Conference individual champion and helped OCU win back-to-back championships in 2012 and 2013. While at OCU, he was named to the All-Nicklaus team, the NAIA Jack Nicklaus award winner, NAIA all-American first team, Golf Coaches of America all-American team and all-Sooner Athletic Conference team. He had a career scoring average of 72.22 for the Stars.