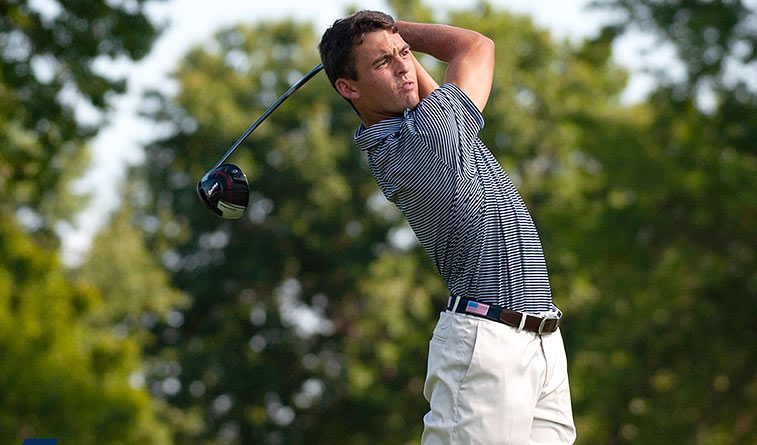 DALLAS, Texas – As a measure of how far it is progressing as a team, Oral Roberts shot a 3-under 281 Sunday, tied for ninth best round in school history, even on a day when it’s No. 1 player and team leader wasn’t at his sharpest.

ORU had three players finish under par, led by Dustin Hasley and Hunter Laughlin who each shot 69 and are tied for 13th overall, as it landed in seventh place in the opening round of the Trinity Forest Invitational. Baylor and SMU lead the team race at -11 (273) and the 281 by the Golden Eagles was enough to put them one shot ahead of Florida.

Mike Biata shot a 1-under 71, while Jack Howes and senior leader Cody Burrows were at 73.

Sunday’s round marked the second time in four rounds this year in which ORU has broken 290, shooting 285 in the opening round of the Memphis Invitational.

Up Next
ORU will be paired with Florida and UTSA, teeing off on 10 starting at 9 a.m. Monday.