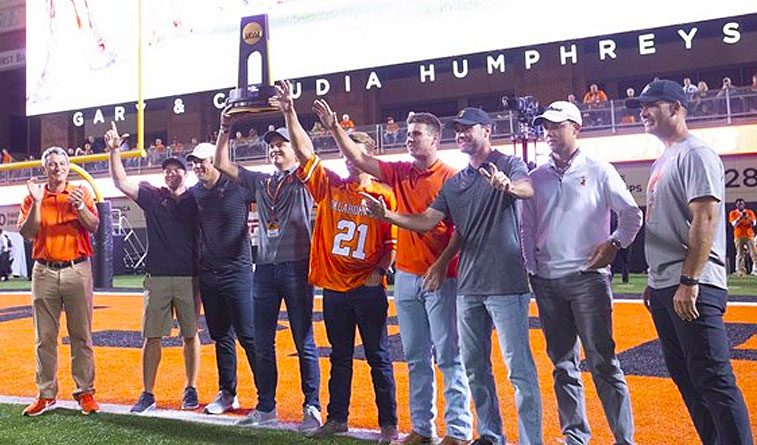 ATLANTA — Oklahoma State’s men’s golf team will wrap up its fall slate this week when it competes at the East Lake Cup at Atlanta’s East Lake Golf Club.

The top-ranked Cowboys, who are coming off a 32-stroke victory at the Royal Oaks Intercollegiate last week, will begin play at 11:55 a.m. (EST) on Monday in the four-team event. OSU will be joined by Alabama, Auburn and Duke at the par-72, 7,430-yard layout.

Seniors Zach Bauchou and Hayden Wood will be joined in the lineup by junior Viktor Hovland and sophomores Austin Eckroat and Matthew Wolff.

An individual champion will be crowned after the stroke play round, which also determines the seeding for the two days of match-play competition.

BROADCAST TEAM: Golf Channel’s on-air team for the East Lake Cup will feature Bob Papa and Curt Byrum serving as play-by-play host and analyst from the 18th hole broadcast booth. Steve Burkowski will serve as a hole announcer, with Notah Begay, Billy Ray Brown and Kay Cockerill reporting from the course. Chantel McCabe will conduct interviews and report for Golf Central. Burkowski and Golf Channel Digital senior writer Ryan Lavner also will contribute to both Golf Central and Morning Drive throughout the week.