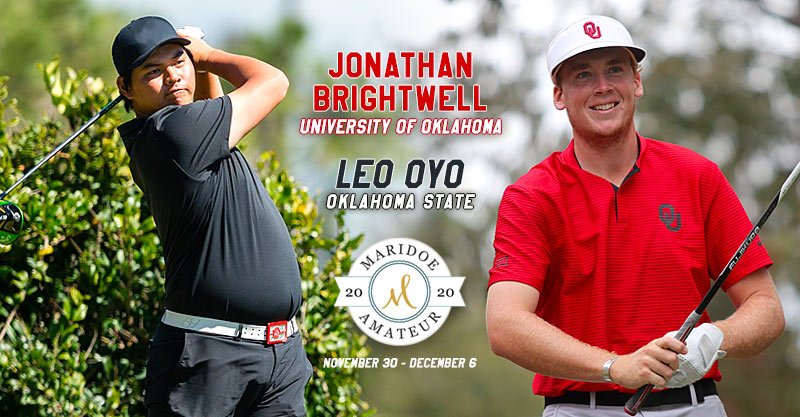 Despite shooting a second-round of 4-over 76, Oklahoma State golfer Leo Oyo remained tied for the lead through 36 holes of the Maridoe Amateur Championship at Maridoe Golf Club in Carrollton, Texas. Oyo was tied at 2-over with Frankie Capan of Florida.

The event is one of several amateur events being held this year to help collegiate golfers whose seasons have been impacted by the Covid-19 pandemic. Golfers play 54 holes of stroke play then the top 64 begin match play Thursday.

University of Oklahoma senior Jonathan Brightwell shot the tournament’s best round thus far, a 3-under 69, to move up over 40 spots into a tie for fifth at 5-over. He opened with an 80 at the extremely challenging course.

OU’s Garett Reband shot a second consecutive 76 and is tied for 18th. Mason Overstreet of Kingfisher and the University of Arkansas is another shot back and tied for 21st after rounds of 79-74. OSU’s Brian Stark and OU’s Patrick Welch are tied for 35th at 11-over and OU’s Logan McAllister is tied for 44th at 12-over. OSU’s Aman Gupta was at 14 over and will miss the 36-hole cut.

Club member and former Dallas Cowboys quarterback Tony Romo brought up the rear of the field at 28 over after rounds of 85-87.