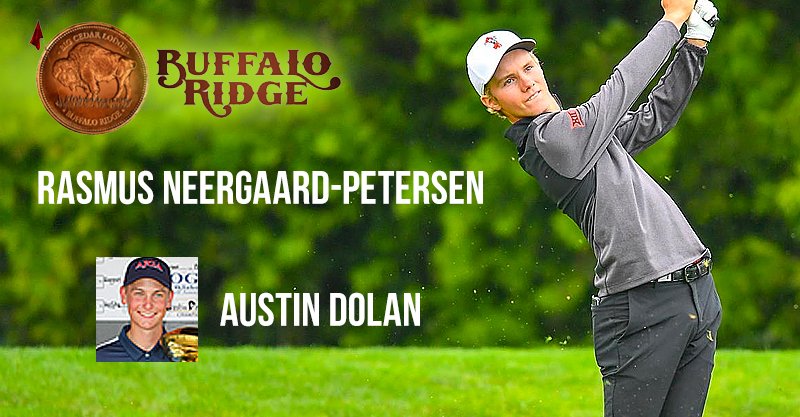 Oklahoma State’s Rasmus Neergaard-Petersen was the only one of the golfers with Oklahoma ties to advance to match play in the Western Amateur at Crooked Stick Thursday. Then he made the most of it.

Neergaard-Peterson defeated Turk Petit of Sugar Grove, NC, 2 and 1 in the round of 16, then defeated Austin Hitt of Longwood, Fla. 2 and 1 in the quarterfinals Friday afternoon. He will face either Andy Ogletree or Ricky Castillo in the semifinals Saturday morning. Live scoring here.

Petersen shot rounds of 73-72 to finish ninth at 5-under par during the final 36 holes of stroke play Thursday. Not advancing were Quade Cummins of Weatherford and the University of Oklahoma, Brian Stark of OSU and Austin Eckroat of Edmond and OSU. Cummins and Stark finished at 2-over and Eckroat at 3-over. There was a playoff among those at even par to make the final field of 16 for match play. Final stroke play scores are here.

Dolan one shot back at Bass Pro AJGA event

Dolan shot4-under-par after a third round of 1-under 70. Matthew Smith of Oklahoma City finished 12th at 1-over, while Drew Mabrey of Tulsa and Andrew Goodman of Norman tied for 13th at 2-over.

In the girls division, Raychel Nelke of Pocola placed 13th and Reagan Chaney of Ardmore 16th.